Single vaccine dose could prevent 8 out of every 10 COVID-19 cases: BCCDC 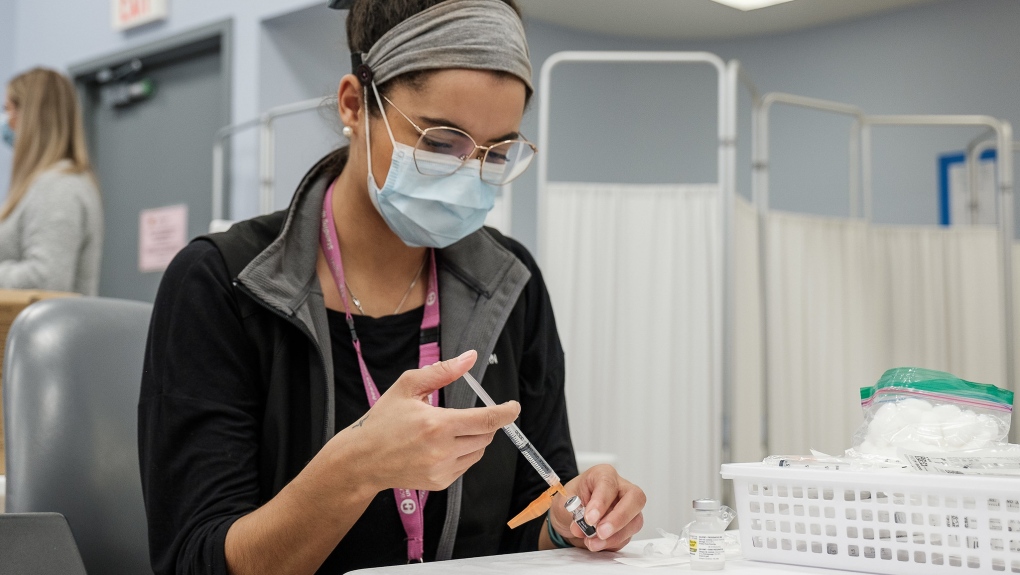 VANCOUVER -- With thousands of people vaccinated against COVID-19 in B.C., health officials say data within the province shows the risk of getting the disease has dramatically decreased for those who have gotten a shot, even if it's just one dose.

The B.C. Centre for Disease Control released some early in-province findings Friday, suggesting the first dose of the vaccine reduced the risk of COVID-19 in long-term care residents and health-care workers by 80 per cent. That protection came about two to three weeks after receiving the dose, the BCCDC says.

"These findings, based on surveillance data, are very promising and reinforce the substantial benefit provided by the first dose of the mRNA COVID-19 vaccine in these priority populations," said Dr. Danuta Skowronski, lead for the influenza and emerging respiratory pathogens team at the BCCDC, in a news release.

"They also help to answer one of the important unanswered questions after the clinical trials about the effectiveness of the vaccines in the elderly and notably those within long-term care."

The BCCDC's analysis considered cases of the disease that happened among vaccinated residents and health-care workers of long-term care facilities. According to the BCCDC, there was a "pronounced drop" in cases among both of those groups starting about two weeks after vaccination.

There was also a drop in hospitalizations and deaths among vaccinated long-term care residents.

"In that way they were able to show vaccine effectiveness of 80 per cent or more beginning just a few weeks after vaccination," a statement from the BCCDC says. "This means that a single dose of vaccine could prevent at least eight out of every 10 cases of COVID-19."

The BCCDC says these early findings are encouraging because about 60 per cent of deaths in B.C. have been residents of long-term care facilities.

The BCCDC says the results of its early study are based on surveillance observations and they have not been peer reviewed.