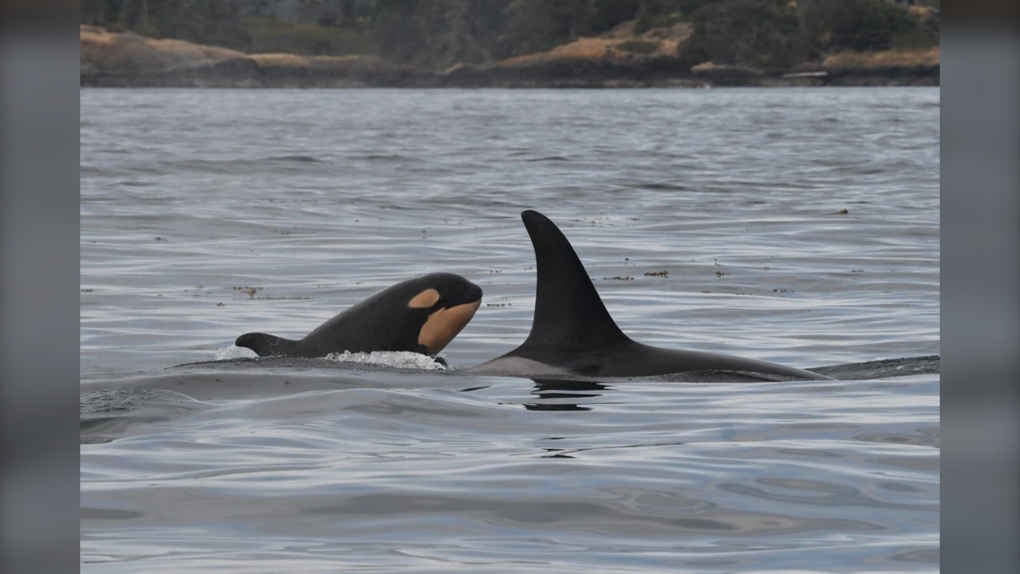 J31 and her calf, called J56, ply the waters in the Haro Strait off the coast of Vancouver Island in early July 2019 (Dave Ellifrit/Centre For Whale Research)

Observes from the Centre for Whale Research say there's something off about two recent encounters with both the J and K-Pod families of Southern Resident killer whales in the Haro Strait: a whale from each pod was missing.

The centre says that while their July 5 and 6 days at sea with the J and K-Pods were not necessarily definitive, but the two missing whales were still noteworthy.

"We did have two days in a row where all the members of the J17s and K13s were seen except, for J17 and K25," the cetacean protection organization wrote in a July 6 web post.

"These were the only two whales that were not seen on either one day or the other. We will continue to look for J17 and K25 in upcoming encounters but the chances of finding them are starting to look a little grim."

Scientists from the United States’ National Oceanic and Atmospheric Administration released drone photos taken this past May of J17 and K25 in deteriorating health, both having lost a large amount of body fat and developing a condition referred as "peanut-head," where the orcas' heads begin to take on a peanut shape due to their malnourishment.

There is some good news however; the centre noted that J31, a recent new mother, was swimming in circles with her calf, called J56, and three other female orcas. J56 was born May 24.

“It looked for very much like they were showing off this new addition to the population,” the organization wrote in a media release.

In May, Fisheries and Oceans Minister Jonathan Wilkinson announced sweeping new rules to protect southern resident killer whales off British Columbia's coast, including requiring ships to stay 400 metres away from the whales and closing some salmon fisheries.