It's a girl: Whale researchers reveal gender of J-pod calf 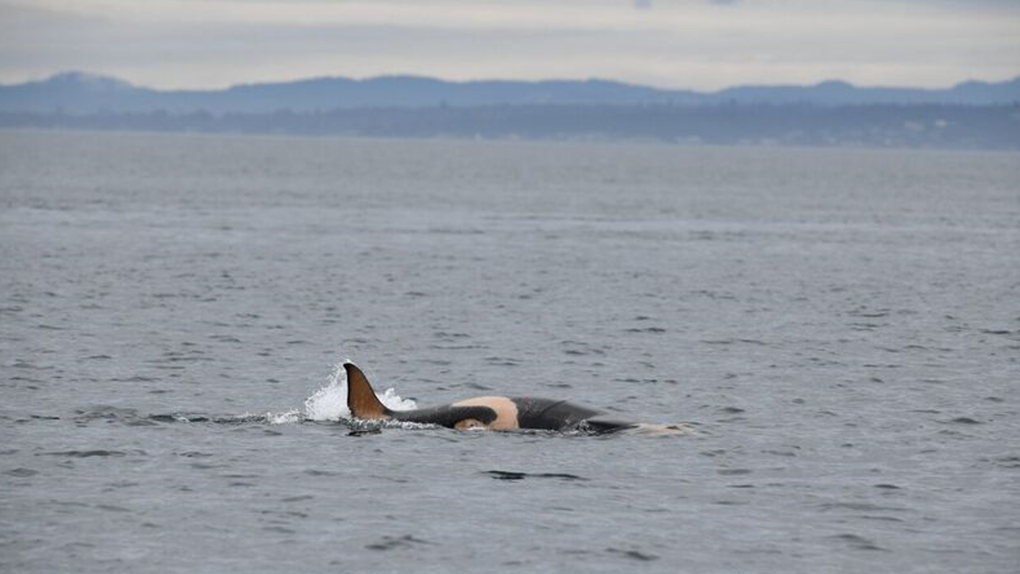 Whale watchers were delighted by the sight of a southern resident killer whale calf and it gave experts a chance to learn the newborn's gender.

The calf was first spotted near Tofino in May and since then, the pod has been travelling south until it reached San Juan Island, Washington Friday morning.

"The new mother, J31, swam around in circles with her new calf and three other young females -- it looked very much like they were showing off this new addition to the population," the Center for Whale Research says in a press release.

For a short moment, the newborn came up to the surface and revealed its underside to show it is a girl, researchers explain.

The baby girl has been designated J56. Researchers determined she was born on May 24 and her mother is J31, a 24-year-old whose other calf died in January 2016.

It's unknown if J31 had any other pregnancies in the past 10 years.

Researchers say this is welcome news that the newborn is female.

The endangered southern resident population has been struggling with pollution, boat noise and a shortage of chinook salmon.

J-pod captured international attention last summer when the 20-year-old J35 carried her dead calf for 17 days in a poignant show of mourning.

Female orcas birth once every three to 10 years to a single offspring. In the first year of life, the orca mortality rate is 50 per cent.