Sea to Sky Gondola cable shipped to Squamish from Switzerland 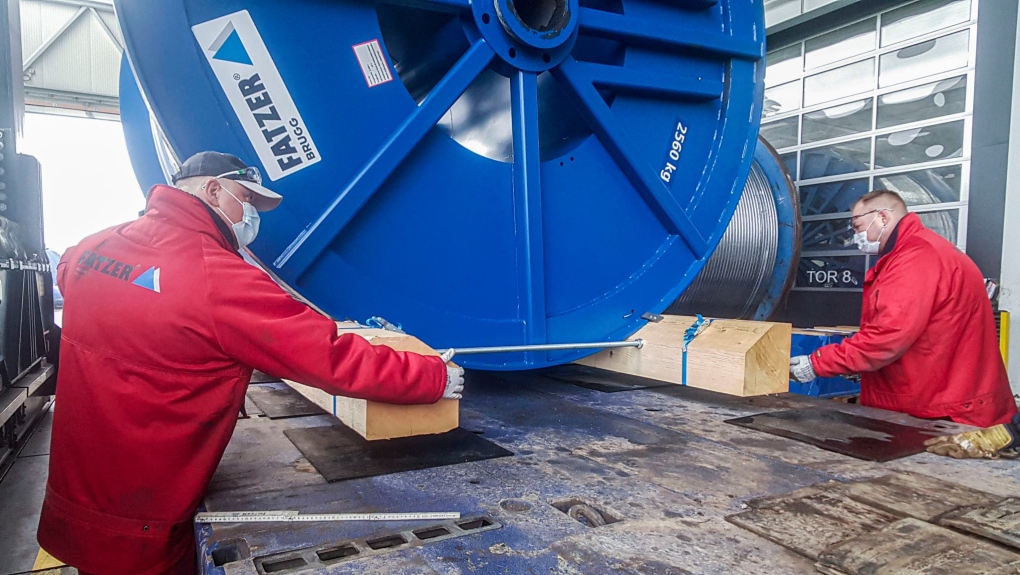 VANCOUVER -- The Sea to Sky Gondola cable is being replaced after it was vandalized in the fall.

The new cable has been shipped out of the factory in Switzerland and is on its way to Squamish.

It comes after someone intentionally cut the gondola’s previous cable, for a second time, in September.

The company which built the cable, Fatzer Brugg, posted on social media that the nearly 5 km long cable had been delivered.

“Once again, we were able to produce a replacement rope in record time ... as the last cargo this year,” reads the Dec. 18 post.

When the cable was damaged during the night in September, several cars came crashing to the ground.

A $250,000 reward is being offered for information that leads to the arrest of those responsible for the vandalism.

Note: This story has been updated from a previous version that said the cable had arrived in Squamish.