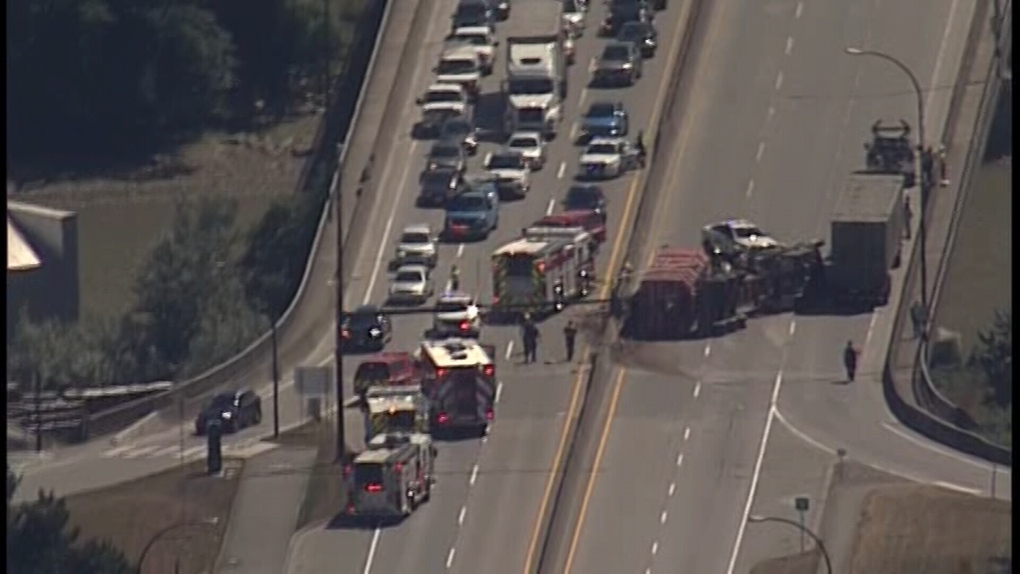 Emergency crews respond to a rollover crash that closed the Knight Street Bridge in both directions Thursday. (CTV/Chopper 9)

Vancouver Fire and Rescue Services said an elongated dump truck was entering the bridge from an onramp when it tipped over, spilling part of its load and blocking all southbound lanes.

Diesel also leaked out of the vehicle, and a hazmat team was called to the scene. Capt. Jonathan Gormick said there were a number of complications, and that would take “a long time” to fully reopen the busy crossing.

"They have to remove the load that the truck was carrying before it can even be righted or moved out of the area," he said at the time.

The driver was left trapped inside the dump truck after the crash. Fortunately, firefighters were already responding to a nearby grass fire, and made it to the scene quickly.

Gormick said the driver was extricated from the vehicle and transferred to the care of the B.C. Ambulance Service, but could not say what injuries might have been sustained.

Authorities had reopened a northbound lane of the Knight Street Bridge by Thursday evening, but traffic remained snarled in both directions for hours.