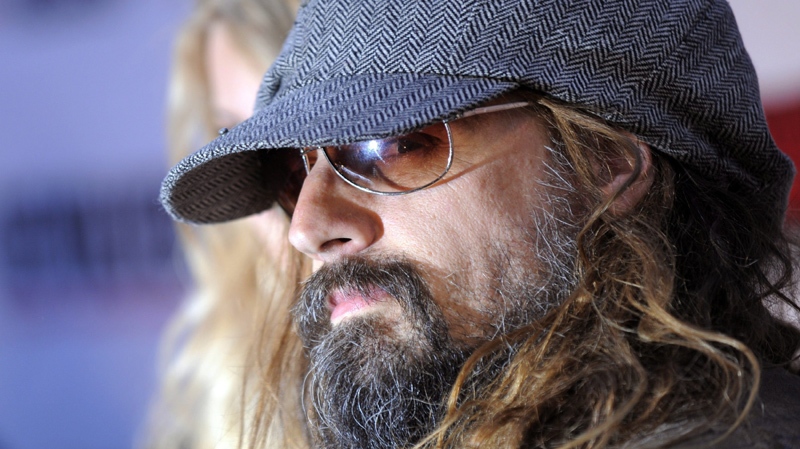 When rock icon Rob Zombie returns to Vancouver to play a co-headlining concert at Rogers Arena with metal legends Slayer on Wednesday, it'll be under very different circumstances than his last visit to the city.

The Grammy-nominated vocalist has forged a successful second career for himself as a director of artful yet gory horror movies like ‘House of 1000 Corpses' and ‘The Devil's Rejects'. And it was in this capacity that he received an unexpected phone call last year.

"I was in Australia when I got a call from an ad agency that was working with Woolite," he told ctvbc.ca. "They said they were interested in me directing their commercial. It wasn't something I ever went after or thought about doing. But they liked my movies and thought my style would fit with what they wanted to do with the commercial.

"It's pretty fun. They wanted to make something that looked like a horror movie trailer. You're watching someone who looks like a serial killer dragging a dead body. It turns out it's a bag of clothes. He starts torturing the clothes with various devices. You know, don't let detergent torture your clothes. I was in Vancouver for a week, which was good."

It seems unlikely that Rob Zombie will be going into the advertising business on a permanent basis. He's still fully committed to making music, even though he's acutely aware that the industry around it has changed beyond recognition since his original band, White Zombie, broke onto the global stage in the early 1990s. Now in his mid-40s, for a man that has based his career as a musician and filmmaker on the darker side of surrealism, there's something refreshingly pragmatic about his understanding of where the music business is going.

"A lot's changed in the last five years," he sighs. "Back then we were thinking, I wonder where all the record stores are going to be? Then we realised, nowhere. People were still buying CDs then. They're not doing that any more.

"Young bands come up to me all the time and ask me for advice. I don't even know how they're going to do it. So many of the tools that were so prominent, like MTV, aren't there any more. At the same time, when we were breaking there was no Internet. There was no Facebook. You were at the mercy of your record company to give a sh*t. Now, if you're industrious, you can be in charge of your own career. I don't know if they'll be selling out arenas, but they can keep themselves from going bankrupt. My goal was to be able to survive off making music. Anything after that was gravy."

The flipside to the recording industry's woes is the booming concert business. The Rob Zombie live experience is as spectacular as one would expect from an artist with such a unique visual signature. As for the music, he'll be performing a mix of old favourites and a selection from the 2010 release, ‘Hellbilly Deluxe 2'.

"I'm perfectly happy to play songs that people want to hear," he continues. "But you don't want your set to consist of the same ten songs for the next 40 years. A lot of bands do that."

Zombie isn't going on the greatest hits circuit just yet. Visually and sonically, he's still pushing boundaries. Which makes the job of playing with one of the most revered bands in heavy metal's history that much easier. It's not a competition. It's an honour.