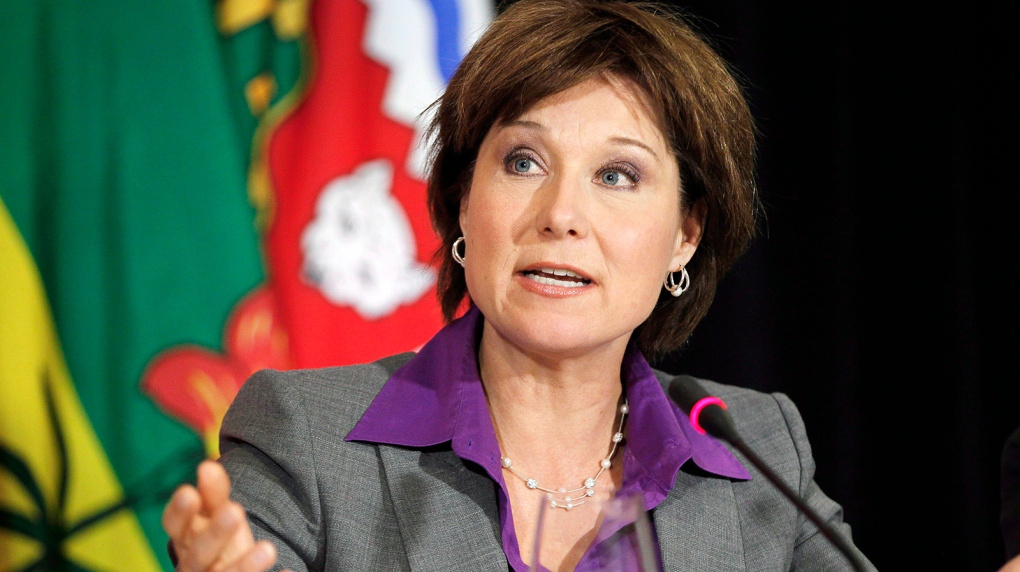 She said the additional reserves add more clout to B.C.'s plans to support the development of liquefied natural gas plants in the province's north, which the premier has heralded as a trillion-dollar industry that could create 100,000 jobs and eventually help pay off the provincial debt.

"We have some of the richest, best and largest reserves to be found anywhere on the globe," Clark said in Vancouver. "Reserves that belong to the people of B.C. and resources that will mean 100,000 jobs for the people of this province."

The province wants to see LNG plants built near ports in northwest B.C., where the gas will be super-cooled to a liquid state and loaded onto tankers bound for Asian markets. Clark's vision for the industry formed an integral part of the governing Liberals' re-election platform earlier this year and is a topic the premier brings up at every opportunity.

The 23-page National Energy Board report assessed the Montney-area shale gas formation that spreads from northeastern B.C. near Fort Nelson to Fort St. John and across the B.C. border into northern Alberta.

The energy board, the B.C. Oil and Gas Commission, the Alberta Energy Regulator, and the B.C. Natural Gas Development Ministry all contributed to the report.

"The Montney's marketable unconventional gas resource is one of the largest in the world," the report says.

"While most of it is located in British Columbia, Alberta's share is still large. To further illustrate the size of the Montney, total Canadian natural gas demand in 2012 was 88 billion (cubic metres or 3.1 trillion cubic feet), making the Montney gas resource equivalent to 145 years of Canada's 2012 consumption. In addition, the Montney is already considered one of Canada's most economic gas plays."

She said natural gas development in B.C. has changed drastically over the past six years when plans were afoot to import natural gas.

"Since 2007, we've discovered that we have huge resources that we have the ability to access that we didn't have before," she said. "Since 2007, those estimates have actually grown. This is going to have a huge ripple effect across this province."

Currently, there are at least 10 proposed LNG projects in B.C., of which three have federally approved export licences.

The B.C. government projects that if five LNG projects proceed, their cumulative gross domestic product could total $1 trillion by 2046.