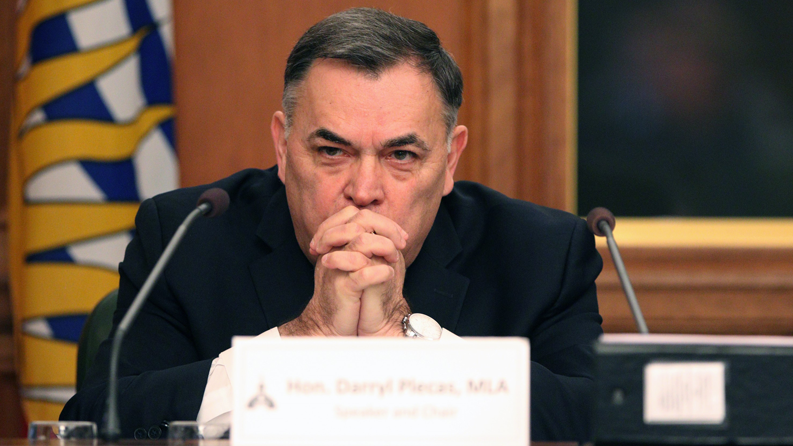 The Darryl Plecas recall campaign is in a holding pattern, according to organizer Robin Roy.

The former Liberal Party member is behind the “BCrecall2018” Facebook page aimed at unseating B.C.'s Speaker. But after Plecas's bombshell report on legislature expenses came out in January, the campaign had to rethink its position.

Roy says there are a lot of volunteers and Liberal supporters who want to hold off on the recall push for now. “We don’t want to put name to this right now as he looks like the golden child.”

Before the campaign was put on hold, Roy says he had more than 400 volunteers and Liberal supporters who wanted to sign the Plecas recall petition.

Some of Plecas’ constituents in the Abbotsford South riding were unhappy about the Liberal MLA's decision to take the Speaker’s position, strengthening the NDP-Green partnership in the process.

For now the support for the recall campaign has “crumbled,” Roy says.

“We are waiting for the perfect opportunity when something comes out that something hits the fan that makes him look absolutely horrible.”

Under B.C. election law, voters can petition to remove an MLA from office by collecting signatures from at least 40 per cent of eligible voters in an electoral district within a 60-day campaign.