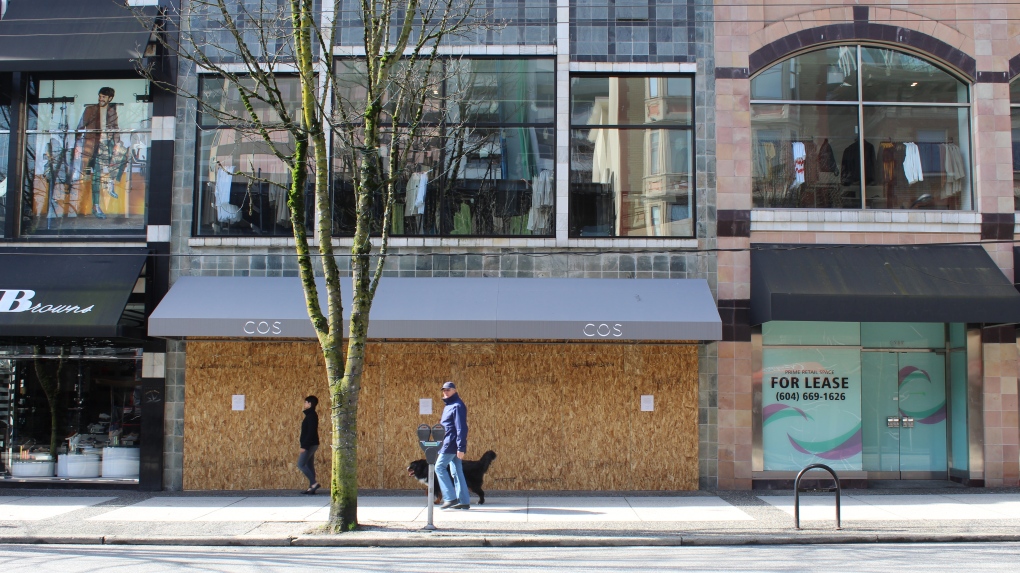 A step is being taken to determine whether B.C. municipalities can tax empty businesses – similarly to empty homes – after a vote from Vancouver city council.

Council voted Tuesday to have Mayor Kennedy Stewart ask the province to explore a tax for empty commercial properties. Stewart made the suggestion himself, as an amendment to a report on distribution of property tax levy.

"My worry is that now that we've been so effective with our Empty Homes Tax and forcing residential properties off the market into the rental market, that … investors are buying commercial properties, sitting on them, waiting for them to deteriorate," Stewart said introducing the amendment Tuesday.

"We've up to 20 per cent vacancies in some neighbourhoods, which is just atrocious. So this again would be a tool that we could explore."

Coun. Adriane Carr said she thought the amendment was "fantastic," sharing an anecdote about a pub in her neighbourhood that she said has been sitting empty for years.

"Those store fronts that are boarded up and not active, they really are a blight in the neighbourhood in terms of decreasing the public interaction and the liveliness of a neighbourhood," Carr said during the meeting.

The councillor said she hopes there will be consideration made for any extenuating circumstances, especially given the city's lengthy permitting process.

"My only hope is that we'll also be sort of turning a mirror on ourselves, because we have a lot of commercial properties … owned by the City of Vancouver that are sitting vacant and I think what's good for the goose is good for the gander," he said.

While Coun. Sarah Kirby-Yung said she "appreciated the amendment," she expressed concern that it wasn't introduced as an independent motion that could be commented on by speakers and stakeholders.

"I know very few commercial property holders that want to hold vacant property, in fact they want to ensure that it is occupied, and they lament a higher vacancy rate," she said. "I think it really deserves a more fulsome conversation and further study."

Also speaking against the amendment, Coun. Rebecca Bligh said council needed to be wary of the difference between residential and commercial landlords.

"They're not even in the same realm," she said. "So to think that something like the Empty Homes Tax would have the direct benefit … in a commercial context, I think is really naive."

Stewart quickly countered the critiques, saying the key word in the amendment is "explore."

"I'm kind of shocked that councillors wouldn't want to explore something when we're hearing from the community … empty commercial properties are a huge concern," he said.

"I too am really sad that folks are sitting on these really valuable commercial properties to the detriment of neighbourhoods."

"Many businesses are still on life support, literally paying tax on air for a decade, and this mayor and council wants a provincial blessing to whack them with another tax when they aren't yet allowed a municipal vote?” said Paul Sullivan, spokesperson for the BTA, in a statement.

"Prior to the pandemic, these businesses were literally being taxed into closure or moving to friendlier cities. The city’s own statistics confirm these high vacancy rates in our once bustling and vibrant retail strips. Vacant storefronts in the city increased by 29 per cent between spring 2020 and spring 2021."

A timeline wasn't given for when Stewart will ask the province to explore the possibility of a new tax.