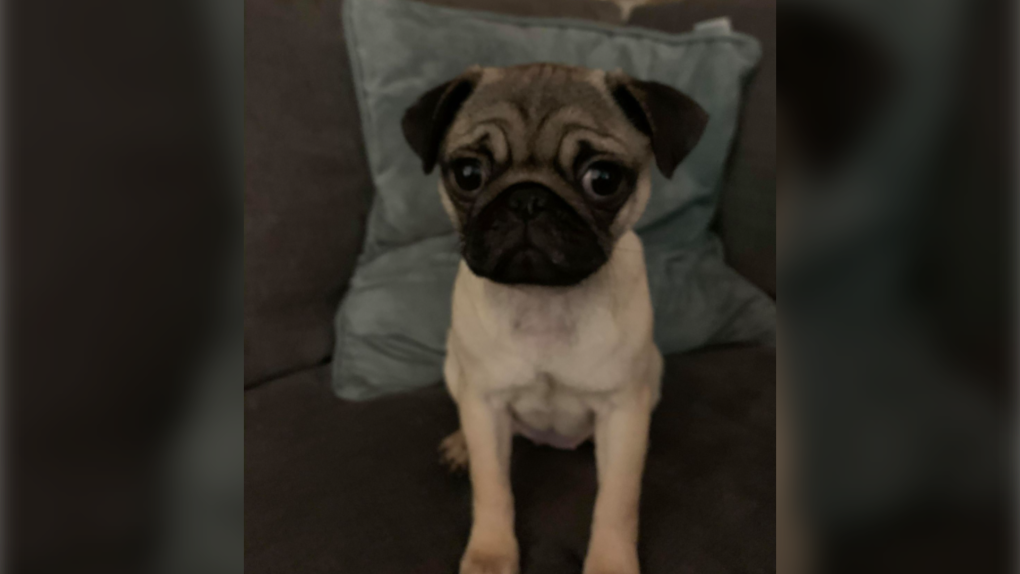 There has been another cougar attack in the Tri-Cities, and this time, a puppy has been killed. (Lindsay McArthur)

VANCOUVER -- There has been another cougar attack in the Tri-Cities, and this time, a puppy has been killed.

Lindsay McArthur posted about the incident in a Facebook group for residents of Coquitlam's Burke Mountain neighbourhood, saying the big cat attacked her pug puppy while she was in her yard with it.

McArthur declined a formal interview with CTV News Vancouver on Saturday, but confirmed the details of the incident and said she wants to warn others about what happened.

She's urging other dog owners to keep their pets inside and to use a leash even when the dog is just in the yard.

Conservation officers have been warning about cougar encounters after a pair of recent attacks on dogs, including another one that happened in a yard earlier this week, as well as an incident on a trail at Buntzen Lake last weekend.

Officials say, so far, they have no reason to believe people are at risk, adding these kinds of attacks are rare.

"The primary prey of cougars is deer," said Vanessa Isnardy, provincial coordinator for WildsafeBC. "When there's juvenile cougars in an area or an older cougar that's maybe not as adept at hunting, sometimes we do see an increase in conflicts because they're going after easier prey."

If you encounter a cougar, officials advise trying to look threatening, making noise and even throwing things. Never run or turn your back.