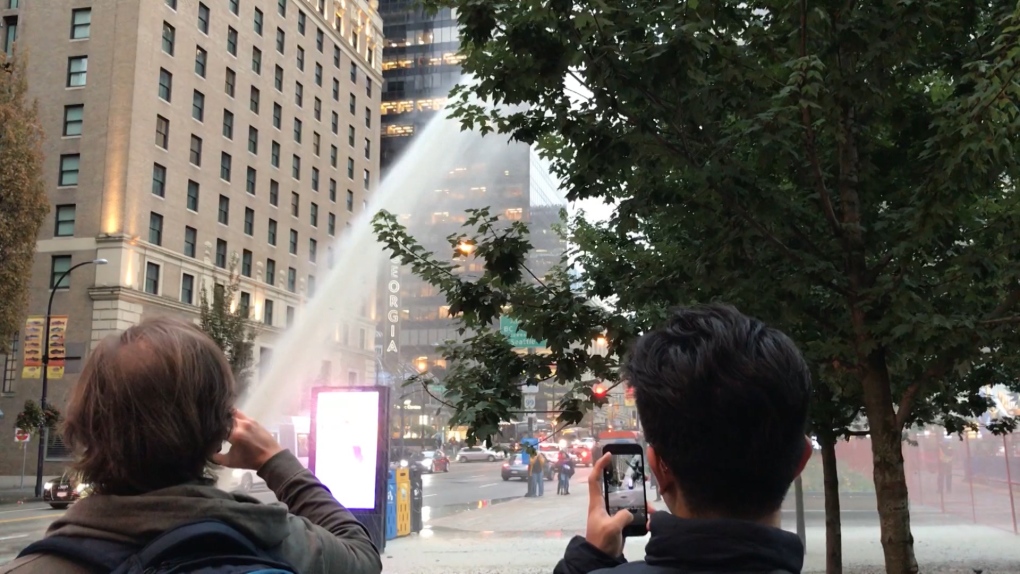 Some sort of water leak sent rocks flying onto a downtown Vancouver sidewalk.

Some kind of water leak sent falling rocks raining onto a sidewalk in downtown Vancouver, and caused traffic to shut down during rush hour Monday evening.

The road on West Georgia near Hornby Street appeared broken before water starting to gush out.

Vancouver police are on scene, closing a portion of West Georgia from Burrard to Granville streets.

The water started to spray heavily around 6:30 p.m.As it erupted, tiny rocks rained down in the area.

At one point, the water was spraying several storeys high.

The City of Vancouver said the incident was caused by a water main break.

It is unknown what caused the incident.

Now I’m standing a safe distance away. Look at how high the water is spraying! VPD is on scene blocking eastbound traffic on West Georgia. pic.twitter.com/xtAgLFKMMy