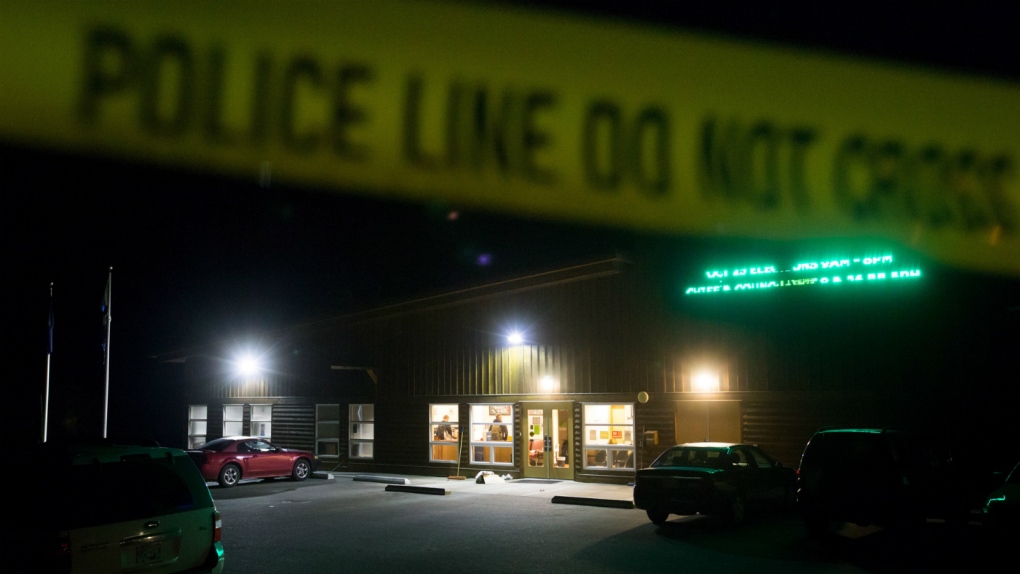 Investigators work inside the Bridge River Indian Band officer where one man died and 10 others were injured near Lillooet, B.C. on Wednesday, Oct. 14, 2015. (Darryl Dyck / The Canadian Press)

SURREY, Canada - British Columbia's police watchdog says it is no longer investigating a rampage that left a 22-year-old man dead and 11 people injured in a First Nation band office.

Mounties were called to the Lillooet-area Bridge River Indian Band office last Wednesday and found a suspect restrained and not breathing.

CPR was performed but officers could not revive the man later identified by the coroner as band member David James, who'd gone from room to room attacking people with a weapon.

The Independent Investigations Office says there was no connection between his death and the officers' actions, so it is no longer involved in the case.

It says the BC Coroners Service and RCMP retain jurisdiction of their own investigations.

Coroner Barb McLintock says she can't comment because the service could call an inquest into the tragedy.