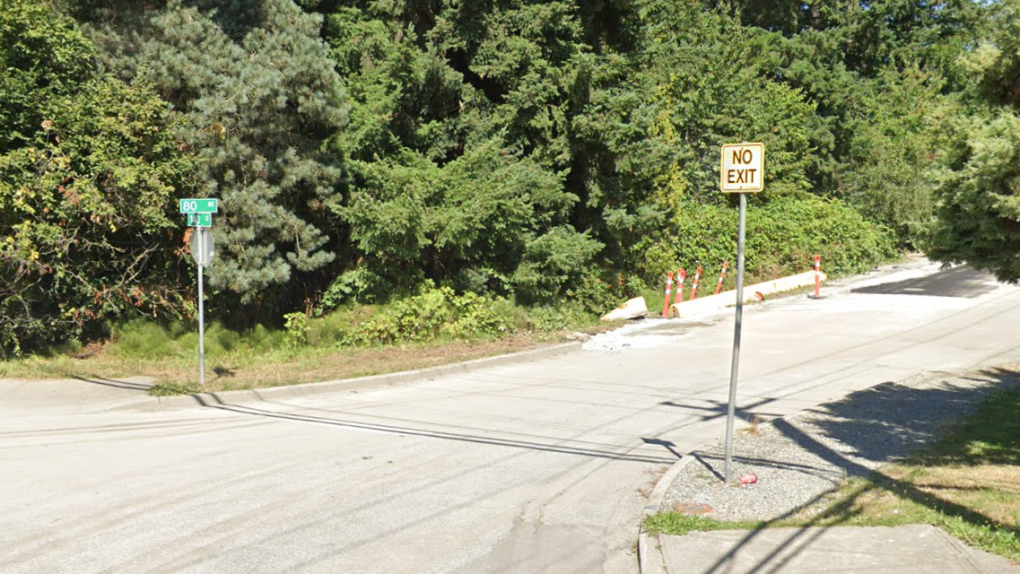 The area of 80 Avenue and 140 Street in Surrey, B.C. is seen in an undated Google Maps image. Authorities say a cyclist was fatally injured there overnight on July 24, 2020.

VANCOUVER -- Police are trying to identify a Good Samaritan who tried to help a dying cyclist in Surrey early Friday morning.

Authorities said the cyclist was critically injured after some kind of accident near 80 Avenue and 140 Street, and that a Good Samaritan used the man's phone to call 911 for help at 1:36 a.m.

Sadly, the cyclist died after being taken to hospital.

Police said the Good Samaritan was gone by the time officers arrived on the scene, and they're hoping the person will come forward and help in their investigation.

"Investigators would like to speak to this person, who they believe can provide important witness information," the Surrey RCMP detachment said in a news release.

While authorities are still working to determine how the cyclist was injured, they said early indications are that he lost control of his bike.

The BC Coroners Service is also investigating what happened.