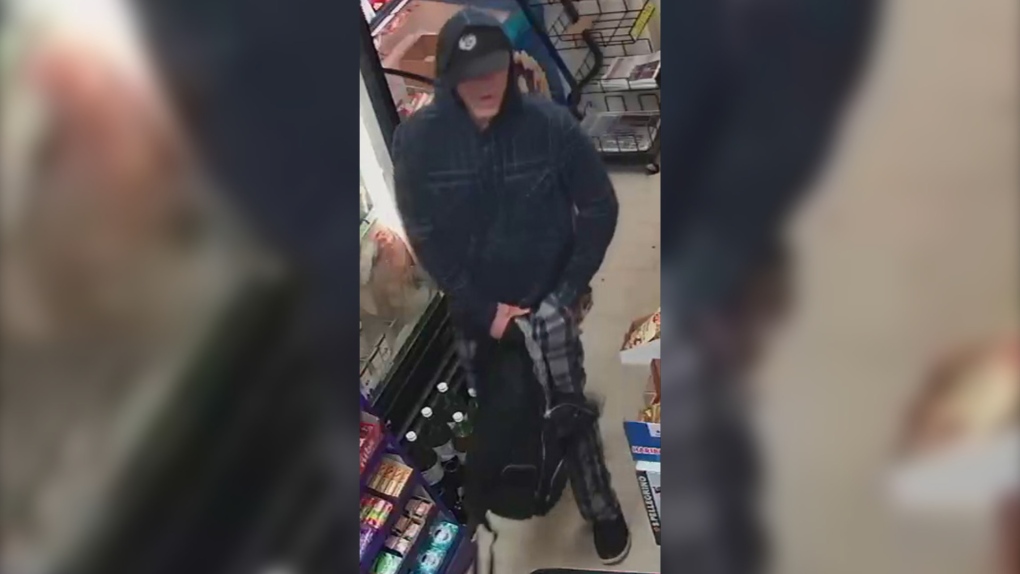 Police are trying to identify a man who allegedly attacked a store clerk at 888 Mini Market in downtown Vancouver on Oct. 21, 2019. (Handout)

VANCOUVER -- VANCOUVER – Police are asking for the public's help identifying a robbery suspect who allegedly assaulted a 61-year-old store clerk in downtown Vancouver.

Authorities said the man walked into the 888 Mini Market near Beach Avenue and Hornby Street on the evening of Oct. 21 and tried to rob the small convenience store.

He eventually fled the scene, but not before attacking the man who was working inside, according to police.

More than a month after the robbery attempt, police are still working to identify the suspect. On Friday, they released a surveillance image in the hopes that someone will recognize him and come forward.

The suspect is described as a white man with a slim build who is probably in his mid-30s. He was wearing a black baseball cap with a white logo, a black sweatshirt and pyjama pants with a black and grey plaid pattern.