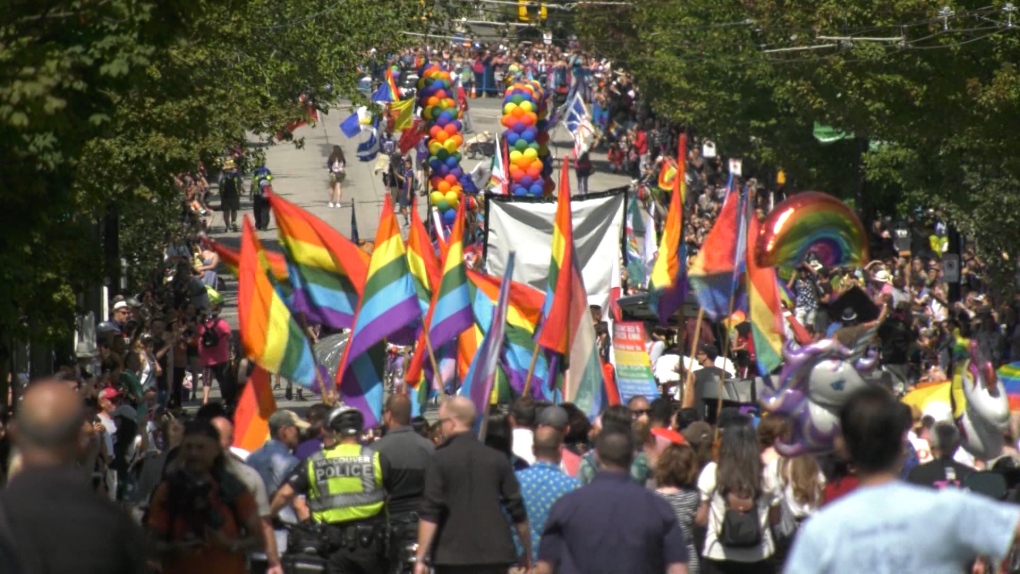 Thousands lined the streets for the 2019 Pride Parade.

VANCOUVER -- Police officers and prison guards are no longer welcome to march in the Vancouver Pride Parade, organizers announced Wednesday.

The decision comes amid waves of international protests against police brutality, and four years after the Vancouver Pride Society refused a call from Black Lives Matter to exclude law enforcement from its annual parade. The organization later decided to ban uniformed police from participating

"We know that Pride has not always focused on the needs and voices of oppressed communities, and that this has caused harm," the society said in a statement on its website.

"We are committed to continuing this work to confront racism and white supremacy for the long term and will invest resources and time into doing this work as an organization."

The Vancouver Pride Society also said it will be supporting calls from Black Lives Matter to defund police, a campaign urging public officials to divert funding away from law enforcement into resources, housing and programs intended to address the root causes of crime instead.

"Calls for and funding for police reform have not worked," the society said. "It is time to invest in alternative ways to manage public safety."

The Vancouver Pride Society also pledged to recruit Black and Indigenous people to its board, hire a person of colour into a management position, and to create a $5,000 bursary to award to organizations combating racism.

The society said it will "inform police why they are not welcome to participate in our events" and share more information with the public on its decision.

CTV News has reached out to the Vancouver Police Department for a reaction to the announcement.