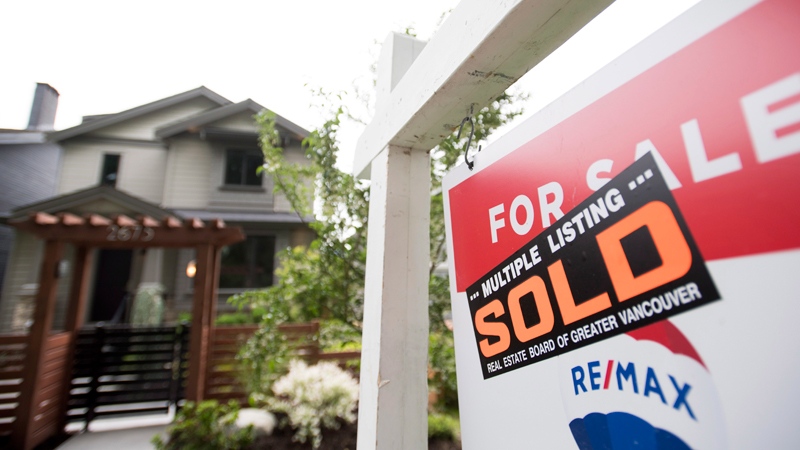 A real estate sign is pictured in Vancouver on June 12, 2018. THE CANADIAN PRESS / Jonathan Hayward

TORONTO - Foreign buyers might make up a small sliver of Canada's biggest real estate markets, but homebuyers in Toronto, Vancouver and Montreal still believe they are heavily influencing housing activity.

A study from the Canada Mortgage and Housing Corporation released Wednesday found that 68 per cent of Vancouver respondents, 48 per cent of Toronto respondents and 42 per cent of Montreal respondents believe foreign buyers are having “a lot of influence” on their markets and are driving up home prices.

The insight into perceptions around foreign buyers that 30,000 respondents in the three cities shared with the Crown Corporation between September and mid-October is in stark contrast with recent data from Statistics Canada showing foreign buyers only own 4.8 per cent of Vancouver properties and 3.4 per cent of homes in Toronto.

“What is striking is the significant gap between perceptions of the public and available data, so much so that the perception of non-resident ownership takes centre stage when discussing the drivers of price growth,” said CMHC's report.

The Crown corporation said it couldn't quantify how big an impact perceptions around foreign buyers were having on the markets, but it found that in Vancouver the influence of foreign investors is perceived to be stronger than supply constraints and demand.

However, in Toronto, it said that influence is in line with market forces.

It found that 55 per cent of Toronto and Vancouver respondents said they had experienced a bidding war, compared with 17 per cent in Montreal.

CMHC said the bidding wars most frequently cropped up around apartment condominiums, where prices are lower than the median purchase price for all properties.

The study also revealed that 48 per cent of buyers in Vancouver and Toronto spent more than they budgeted on their home, but only 24 per cent of Montreal buyers exceeded their planned total.