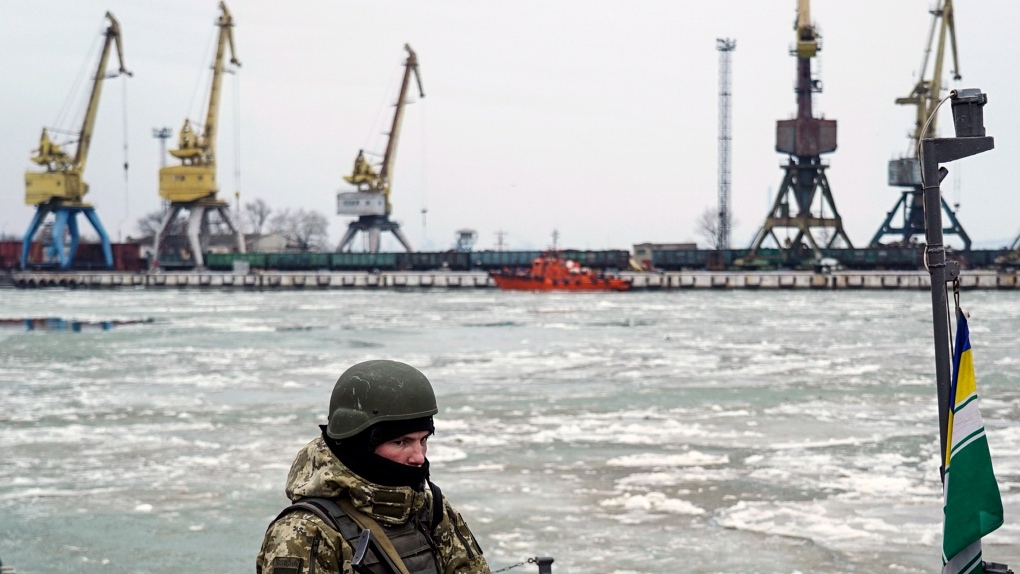 A Ukrainian serviceman stands on board a coast guard ship in the Sea of Azov port of Mariupol, eastern Ukraine, Monday, Dec. 3, 2018. (AP Photo/Evgeniy Maloletka)

A Chilliwack man volunteering in Ukraine is speaking out about the poverty and trauma he's witnessing as Russia looks to place further economic sanctions.

Dave Blundell has been visiting the European nation for 15 years, distributing food and care packages. But he says it's a different experience after the seizure of three Ukrainian military vessels by Russia in late November.

Speaking from Nikopol, Ukraine – where he's spending 14 days distributing aid – Blundell says the impact of Russian blockades is being seen on the ground.

"It's specifically gone backwards in the last few years since Crimea was annexed," he said.

Blundell is the executive director of Hungry For Life, an aid group that has travelled around the world to distribute food and care packages.

A goal of this most recent trip to Ukraine was to see how close to the frontlines the group can safely travel to deliver food. 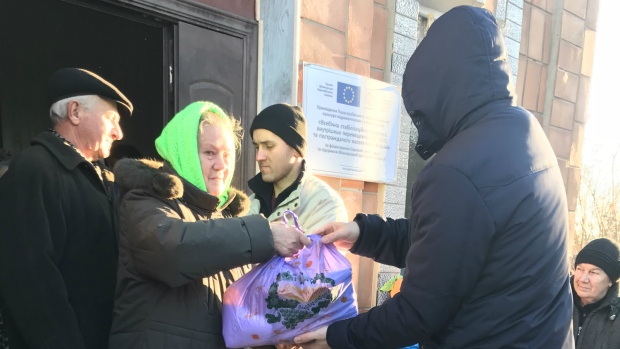 Eastern Ukraine has become the group's most common destinations, and Blundell says the changes between the western and eastern sections of the country are more pronounced in the wake of Russia's annexation.

"The east has stayed in pretty extreme poverty," he said. "The price of commodities are going up, the access to food is difficult… (Russia) is really choking off some of the economic benefits to the east."

He says his group has struggled to get goods to eastern Ukraine in the past few years due to rising corruption and shipping issues that have become more pronounced with Russia’s recent moves in the region.

Despite the ongoing military concerns, Blundell says his group has been welcomed with open arms by Ukrainian citizens.

"They were amazed we came," he said. "They were surprised people would come that close to the conflict."

While there was no gunfire near them, Blundell said he and the group could hear it on occasion during the evening.

Blundell says his group handed out 800 packages containing items like buckwheat, rice, cereal, oil and sardines – which he claims can support a family for a few days or support one person for a couple weeks. 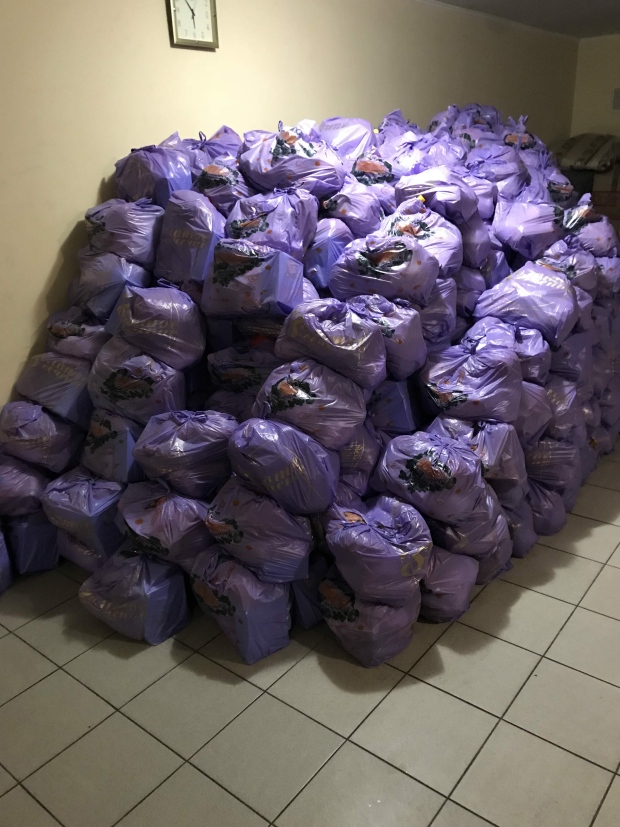 The goal, he says, is to give families the ability to not have to solely focus their efforts on finding food.

Despite performing hundreds of trips aboard across the world, Blundell says there's one moment from this one that will stick with him.

He spoke to a boy named Igor, who was lining up to receive food.

"He was telling me how he was afraid of loud noises, because of the rockets and bombs," Blundell said. "I asked him what he specifically feared and he said he feared being shot. I thought no seven-year-old kid should have to fear that."

The Crimean peninsula was annexed by Russia in 2014, prompting backlash from the international community.

Russia claims sovereignty of the region, which Ukraine strongly denies.

The two sides are engaged in a conflict where neither side appears to be advancing on one another, but bombs, rockets and bullets are still being fired.

"There is constant shelling all day, there are military and civilian casualties every day and if anything, the aggression has increased in the past six months," said Florian Gassner, a professor with UBC's department of Central, Eastern and Northern European Studies.

International scrutiny of the situation had died down until late November when Russia fired at and seized three Ukrainian naval ships near the peninsula.

"They haven't just seized these ships. They've made it increasingly difficult for Ukrainian trading vessels to get into the strait of Kerch. That means the ports of Maripol and Berdyansk are not able to export their wares," he said, when asked about the fallout from the seizure

Gassner – who lived in Donetsk – says the region is known for its steel and coal production. The region houses less than 10 per cent of Ukraine's population but contributes to 20 per cent of the country's GDP.