The Vancouver Park Board has put off voting on a controversial plan to pave a bike path through part of Kitsilano Beach Park.

Commissioners were set to vote on a report on the project Monday night, but instead decided to send it back to staff.

"We just didn't have enough information tonight and Kits Beach is too important to not protect it and take care of it," Sarah Kirby-Young told CTV News.

The proposal would see a separated bike path along Cornwall and Arbutus, which the park board says would cut down on conflicts between pedestrians and cyclists.

But it would also cut through some green space, something opponents argue is a non-starter.

Howard Kelsey, co-chair of the Kits Beach Coalition, said he's "ecstatic" that the vote has been delayed, and hopes whoever replaces Mayor Gregor Robertson after the October election will shift the city's priorities away from cyclists.

"This was a very important decision," Kelsey said. "Cyclists should be able to go wherever they want to go, but not at the expense of pedestrians [and] traffic."

The park board has been working on developing a separated bike path for Kitsilano Beach Park since 2013, and held three public engagement processes over four years. 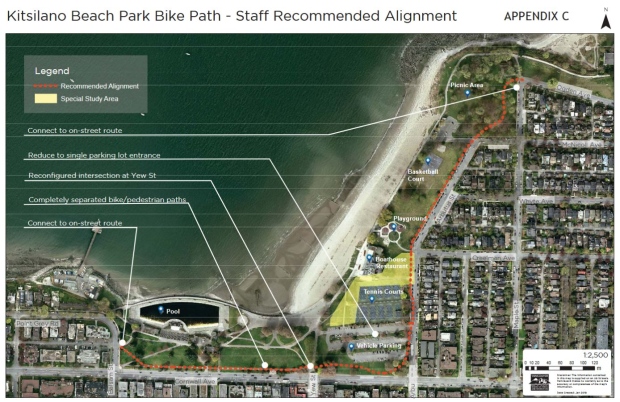