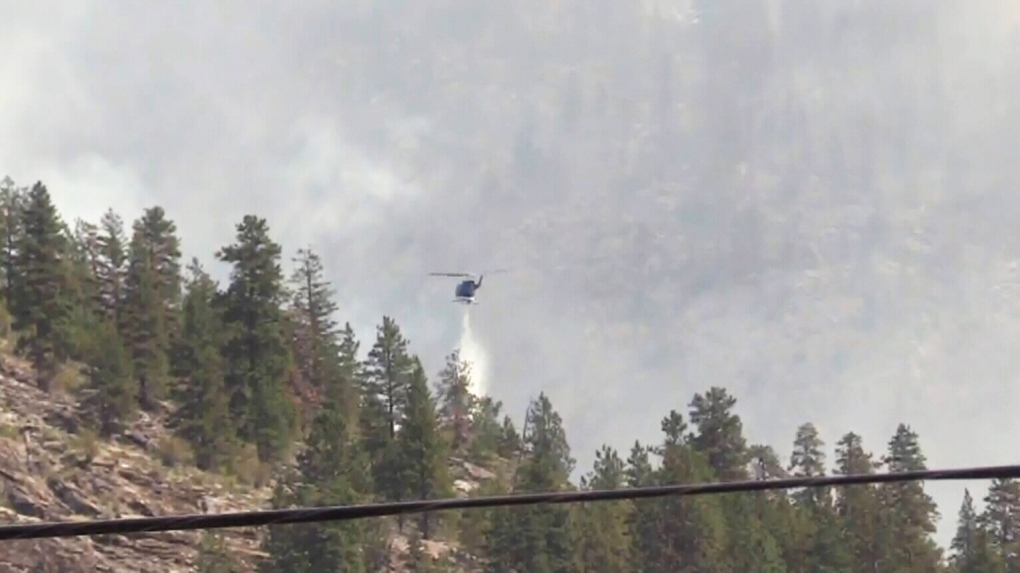 The Eagle Bluff wildfire is still considered out of control.

An area around an out-of-control wildfire near Oliver has been restricted for public safety, BC Wildfire Service is warning.

The Eagle Bluff wildfire, burning between Okanagan Falls and Oliver, has been burning for 10 days and has grown to 2,632 hectares.

On Tuesday, an "area restriction for Crown land" was put in place, "for the purpose of public safety and to ensure the safety of firefighting personnel," says a statement from BC Wildfire Service.

With the restriction, which will be in place until Aug. 30 or until it's rescinded, nobody is allowed in the area without prior authorization.

Exceptions include situations where someone is:

The restricted area is outlined on the wildfire service's map. 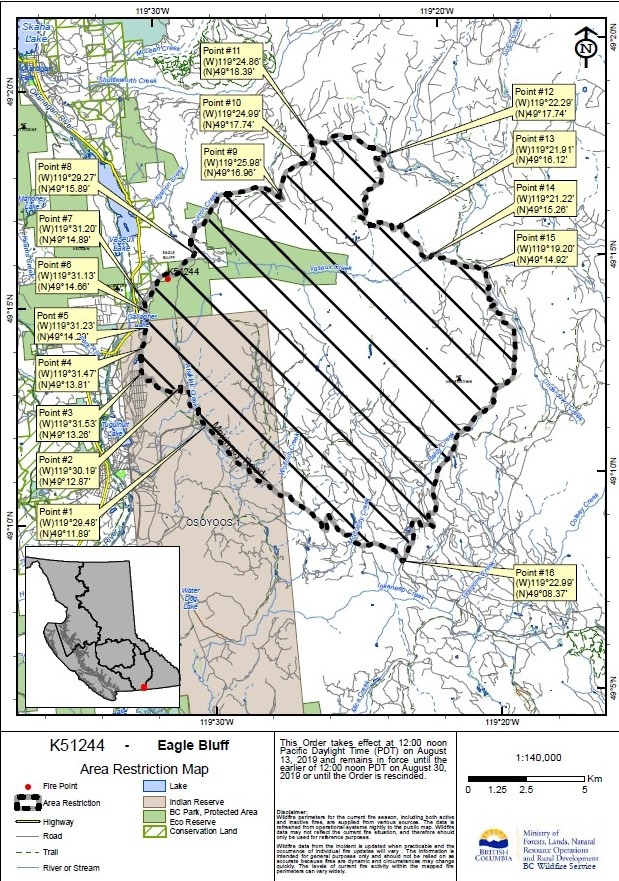 BC Wildfire Service says crews are addressing hotspots that were found with an infrared aerial scan on Tuesday.

"While it may currently seem like there is nothing burning, the Eagle Bluff wildfire is still classified as out of control and there is still active fire, it is just not putting up much smoke at this time," the wildfire service says.

"As the fire is burning quite deep in the ground, we expect that with the warm, dry weather coming up this week there will be an increase in fire activity again. Additionally, the fire is currently burning in some inoperable areas."