Northern lights, meteors may be visible along Vancouver's horizon this week 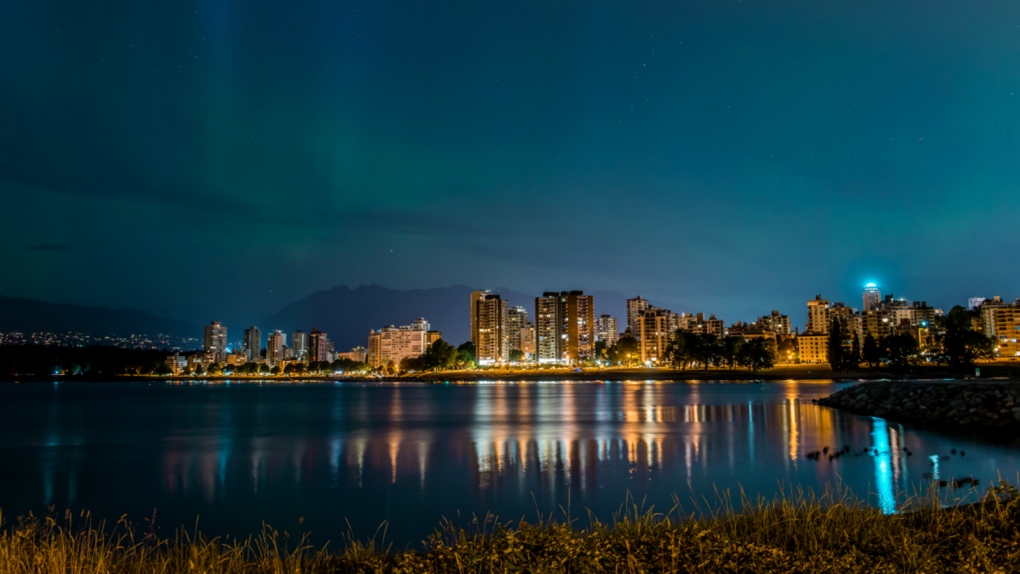 The northern lights are seen above Vancouver on June 23, 2015. (CTV Vancouver)

VANCOUVER – It's a good week to keep an eye on Vancouver's horizon as the northern lights and low-lying meteors may be visible.

On Wednesday night, forecasters say the northern lights will visible across almost all of Canada.

According to the aurora forecast from the University of Alaska Fairbanks, some Canadian cities like Edmonton and Winnipeg will see dazzling displays from the natural phenomenon, if the skies are clear.

In Vancouver, however, the lights may be visible lower on the horizon.

Then overnight on Thursday and early Friday morning, a "unicorn" meteor shower is expected to be visible across Canadian skies.

According to Farmers' Almanac, the rare alpha Monocerotid is expected to produce a short but intense outburst of meteors, with as many as 400 to 1,000 meteors per hour in some areas. The shower gets its nickname because meteors radiate from a faint constellation called Monoceros, which is Greek for unicorn.

For Vancouver residents, however, the meteors' origin will be below the horizon so they may not be as visible as in other parts of the country. Even so, Farmers' Almanac says those on the West Coast may spot an usual type of meteor called an "earthgrazer" at about 8:50 p.m.

"They often display colorful halos and long-lasting trails. Earthgrazers are so distinctive because they follow a path nearly parallel to our atmosphere."

Those wishing try their luck in Vancouver to catch either spectacle this week can find spots with the lowest possible light pollution like Spanish Banks. Burnaby Mountain and West Vancouver's Whytecliff Park also offer little light pollution close to the city.

Next month, on Dec. 13, the city will be treated to the Geminid meteor shower, which is one of the most productive meteor showers of the year.

With files from CTV News' Ryan Flanagan and Jackie Dunham