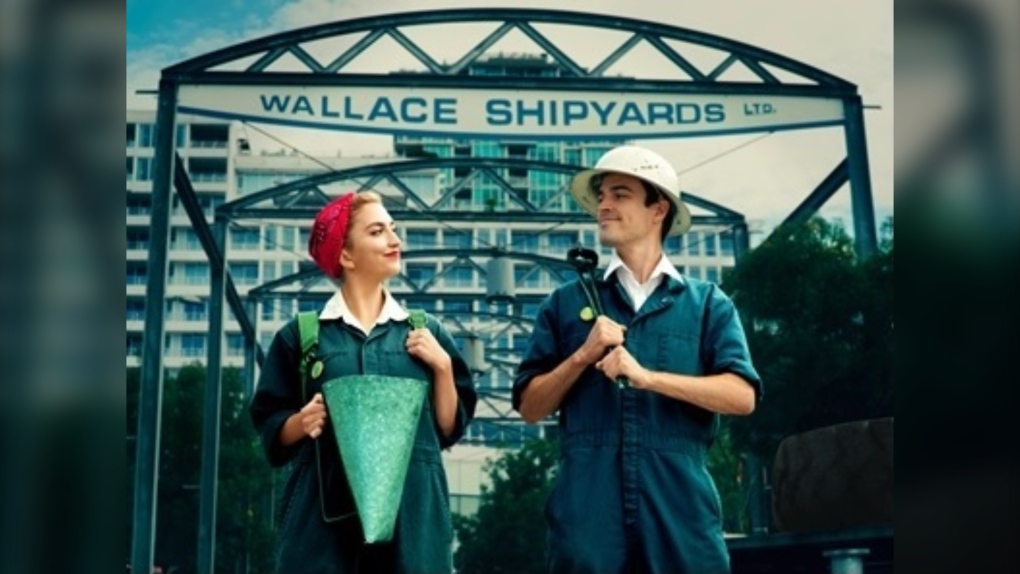 The tongs and helmet seen in this picture were stolen, along with a bucket and guest book, from the North Vancouver Museum and Archives Saturday August 24, 2019. (RCMP)

A museum in North Vancouver is hoping the person who stole a bag full of historical artifacts will return the Second World War-era items to the institution.

North Shore Mounties say a North Vancouver Museum and Archives museum employee was in transit with the artifacts on Aug. 24, all held in a single-strap black duffle bag.

When they sat down in the Lower Lonsdale neighbourhood and quickly turned their back on the sack, they fell victim to a bag-snatcher.

Inside the duffel were a pair of iron-working tongs, a metal riveting bucket, and a helmet from the 1940s. However, the museum says the most important item therein was a bright purple guest book that held important records.

“This was most likely a crime of opportunity," says Sgt. Doug Trousdell of the North Vancouver RCMP. “They were probably hoping to find a wallet or cell phone, and wouldn’t have recognized the artifacts as being museum property.”

The museum says none of the items have significant monetary value, but are important historical artifacts to the facility nonetheless.

“We’re hoping that they might have discarded the bag, and that a member of the public might come across it and return it,” adds Trousdell.