The 69-year-old was fired from his role as a mall Santa in Penticton, B.C. this week after he uploaded some cheeky photos to social media.

"They call the pictures dirty or inappropriate," Haupt told CTV News. "They're none of those things. It's just hard for me to swallow that part."

Some of the images were taken last Friday with Michelle Prystay, an esethetician who was over at Haupt's house painting his partner's nails.

Prystay has been visiting every three weeks for the past few years, and they know each other well.

When Haupt saw her, he put on his red Santa suit and boots to take some photos. In one of them, he appears to be reaching for Prystay's breasts.

Prystay said she wouldn't have let him post the pictures online if she thought they were over the line.

"They were fun adult humour. The world has got to lighten up a bit," Prystay told CTV News.

The next day, Haupt posted more photos from an event where he was dressed as Santa, including one where he pretends to take a swig from a metal flask. He said he posed for that one upon request. 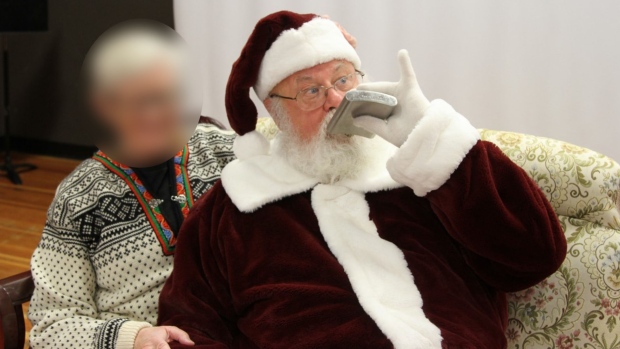 "She wanted to do a picture with Santa and Santa appearing to drink from the flask," he explained. "It's in my nature: I am loud, boisterous, fun-loving. What you see with Santa is what you get with me."

Before the photos went online, Haupt was set to reprise his role as Kris Kringle at Cherry Lane Shopping Centre for the second year in a row.

But on Wednesday, Haupt was called to an unscheduled meeting. He told CTV News he was fired after the mall received an email complaint about the images.

"I believe [the mall administrators] should've said, 'This has got nothing to do with us.' My contract doesn't begin until Saturday morning," he said.

A couple featured women who wanted to appear like they were being spanked by Santa – and one photo where a woman was spanking him. 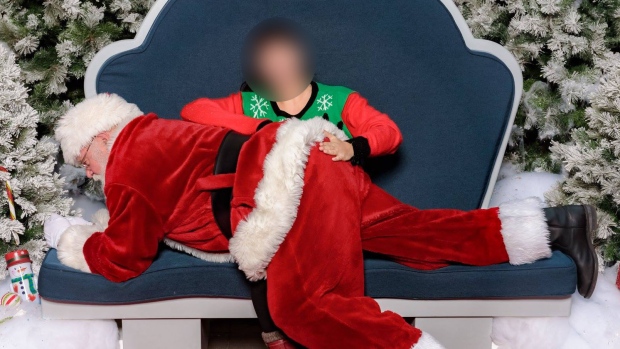 "It's my sense of humour," Haupt said. "People loved it. The mall did not."

He and the photographer agreed they wouldn't take those risqué photos at the mall.

That's why he can't fathom why his $5,000 contract is now cancelled over photos that he shared on his personal social media account, and which were taken outside of mall property.

Prystay is also coming to Haupt's defence and thinks the mall should reconsider.

"He's brought so much joy and business to the mall through his pictures, so he's a great asset to the mall," she said. "Why would you fire that?"

Haupt said if the mall asks him to come back and fulfill his contract, he's willing to be Jolly Old St. Nick again.

And despite the ordeal, he doesn't regret taking those photos and posting them online.

"If what I do brings a smile to somebody, if it makes them happy, if it gives them a sense of peace – I'm good for that," he said

Emails and phone calls to Cherry Lane have not been returned. The story will be updated once a response has been received.