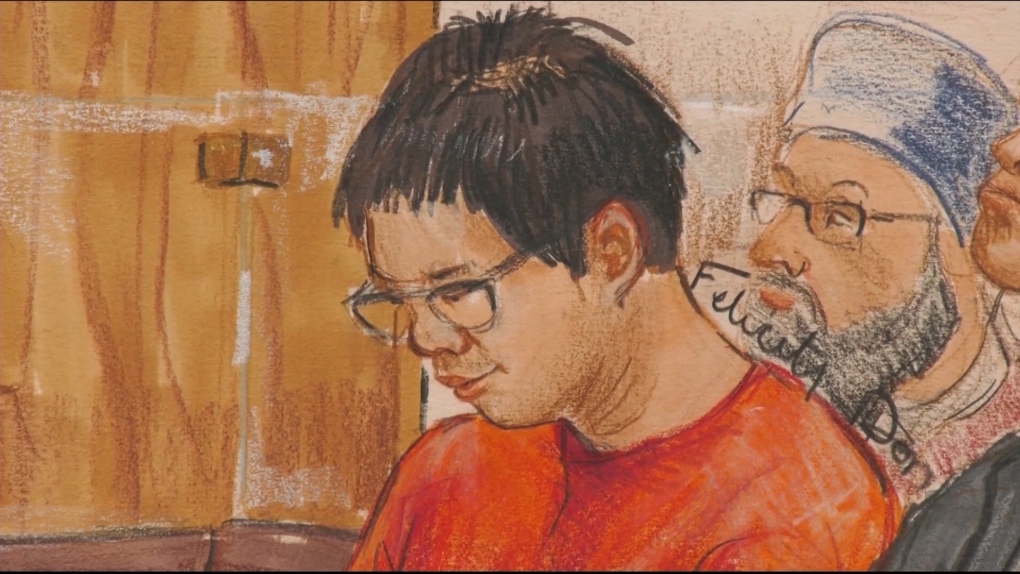 Rocky Rambo Wei Nam Kam is charged with first-degree murder in connection with the deaths of Richard Jones and his wife Dianna Mah-Jones. (CTV)

VANCOUVER - A man charged with murdering two people in their Marpole home will not re-appear in court until January.

Rocky Rambo Wei Nam Kam is charged with first-degree murder in connection with the deaths of Richard Jones and his wife Dianna Mah-Jones, who were found dead in their South Vancouver home on Sept. 27, 2017. Kam has pleaded not guilty.

The defence now says they need time to further assess Kam's mental state at the time of the alleged murders. The trial began three weeks ago and will resume Jan. 20.

Earlier, video was played in court showing someone shopping at a Canadian Tire two weeks before the killings. The Crown expects multiple witnesses will identify Kam as the person seen buying a hatchet, gardening gloves and a baseball hat. Their theory is the items were purchased "specifically to kill someone."

The court also saw video last week piecing together the last known movements of the husband and wife victims. Jones is seen walking around the neighbourhood with the help of a walker around 6 p.m. the day before he was found dead. That same evening, Mah-Jones attended a tap dance class and went shopping at a Richmond Costco.

Other videos show someone walking in the Marpole area that evening. The Crown intends to argue that person is Kam.

Police have already testified that a white Kia Soul belonging to Mah-Jones was found on Cartier Street on Sept. 28, 2017, after being reported missing from the scene of the murders.

Although the Crown has no evidence Kam had a relationship with the victims, prosecutors intend to argue the killings involved planning and deliberation.

Witnesses at the trial have already testified about seeing an axe and knife on the ground in front of the couple's home the day their bodies were found. The prosecution has also said a baseball hat found in the home's kitchen had the couple's DNA on it.

The defence has not yet presented its case.