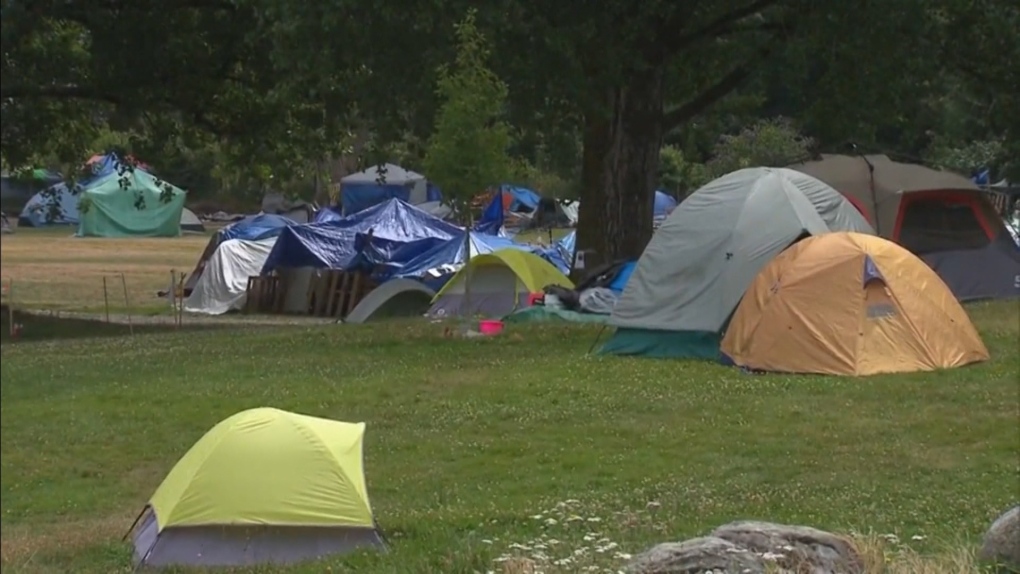 VANCOUVER -- The latest count of people experiencing homelessness in Metro Vancouver finds little change in the overall number, but significant changes in the age demographics of those included in the count.

Of those counted, 2,605 were sheltered and 1,029 were unsheltered, according to a news release from the B.C. Non-Profit Housing Association announcing the count's preliminary results.

Notably, the percentage of young people experiencing homelessness decreased by half in 2020 compared to previous years. People under the age of 25 accounted for eight per cent of the total homeless population in 2020, down from 16 per cent in both 2014 and 2017, the previous two editions of the region-wide survey.

At the same time, the proportion of people ages 55 and older who are experiencing homelessness rose slightly in the most recent count, from 23 per cent in 2017 to 25 per cent in 2020.

This year's survey also found Black people overrepresented in the homeless population in Metro Vancouver, with roughly six per cent of those counted identifying as Black, compared to the 1.2 per cent of the region's population who are Black according to census data. This is the first year that the survey has included a question on racial identity (other than Indigenous identity), according to organizers.

“These results highlight the critical importance of collecting race-based data to assist us in service delivery and policy responses,” said June Francis, co-chair of the Hogan’s Alley Society's Board of Directors, in the BCNPHA release.

“The data should jolt us into action to ensure that racialized communities, notably the Black community who are disproportionately represented in the homeless count, receive the culturally and racially appropriate programs and services to provide better pathways to well-being."

Approximately 1,200 volunteers spent a 24-hour period conducting surveys and interviews in 18 different communities around Metro Vancouver, according to the BCNPHA.

The count provides a snapshot of the homeless population in the region at a specific point in time. This methodology determines a minimum number of people experiencing homelessness in a given region, according to count organizers.

The homeless count was conducted on March 3 and 4, before restrictions related to the COVID-19 pandemic had been put in place in B.C. As such, the results of the count may not reflect the current state of homelessness in Metro Vancouver, the BCNPHA said.