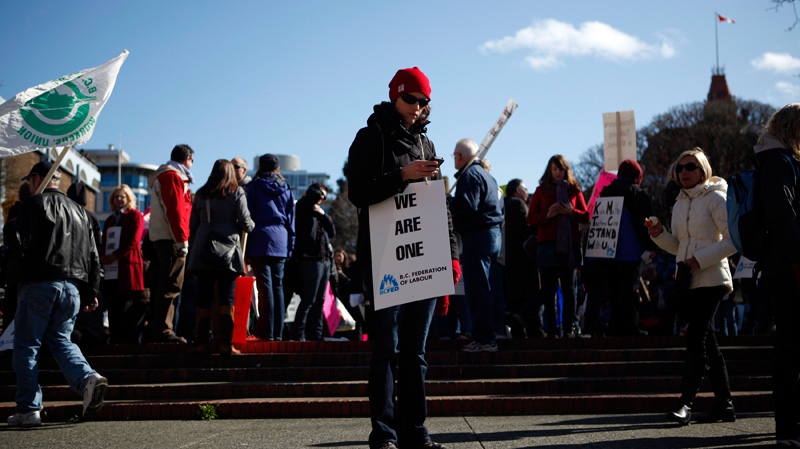 Teachers gather in Centennial Square before making their way to the B.C. Legislative building to have their voices heard in Victoria, B.C., Tuesday, March 6, 2012 (Chad Hipolito / THE CANADIAN PRESS)

The BC Teachers Federation and the NDP are predicting failure for the government's plan to get a mediated settlement in the teachers' contract dispute.

The Liberals used their majority yesterday in the legislature to pass Bill 22, which bans future strikes and appoints a mediator to hammer out a deal.

But Jim Iker of the teachers union says it's unlikely the mediation will work because it's boxed in by the government's refusal to offer any wage increases under the 'net zero' mandate.

NDP education critic Robin Austin also believes mediation talks will fail, and he expects the government will end up imposing a legislated contract on the teachers by the end of the summer.