A raging fire near Kamloops burnt a landmark café to the ground late Saturday night.

Firefighters were called to the McLure Café after 9 p.m., but by the time they arrived, flames had already reached the rafters of the building. 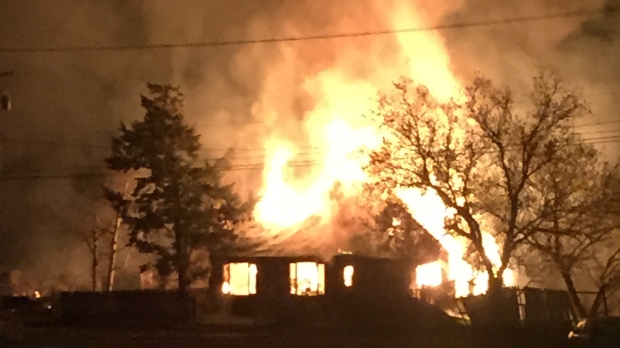 The restaurant was closed at the time and no one was injured in the blaze, officials said.

Alarms went off, notifying the café’s owners, who called firefighters.

Crews contained the fire before it could reach dense brush nearby, effectively preventing a forest fire.

Johnson said the café was well-known to residents in the town of McLure, about 48 kilometres north of Kamloops.

“I’ve been here for 20 years, the restaurant’s been here opened and closed a few times,” said Johnson. “It was just starting to do really good again…good food, good people. It’s a shame that something had to happen to it.”

Firefighters had to call crews from the nearby town of Barriere to try to fight the flames, which at one point appeared to be twice as high as the building itself.

An investigation into the cause of the fire is underway.