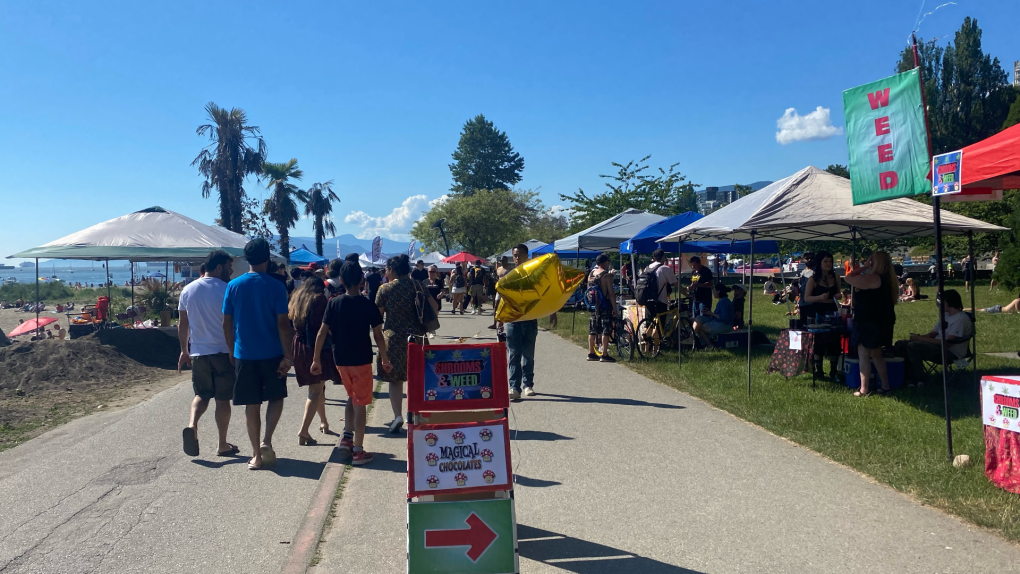 This photo shows unlicensed cannabis and magic mushroom vendors set up in Vancouver on Canada Day.

In an email to CTV, Const. Tania Visintin with Vancouver Police Department, said up to 100 tents were set up on Sunset Beach, and some vendors arrived as early as 4 a.m. Friday to secure a spot.

Most vendors were selling magic mushroom and cannabis products - including edible products containing up to 200mg of THC, far stronger than the 10mg of THC permitted under Canadian law. The production, sale and possession of magic mushrooms is illegal in Canada.

In an email, the Vancouver Park Board described the event as a “cannabis activation” and said none of the vendors had permits, but did not provide any information regarding fines for by-law infringements.

VPD said up to 1,500 people attended the event throughout the day and there were no major issues. Const. Visintin said no fines were issued by police because “there wasn’t anything criminal that happened.”