Legal fight over Site C ends after agreement between province, BC Hydro and First Nation 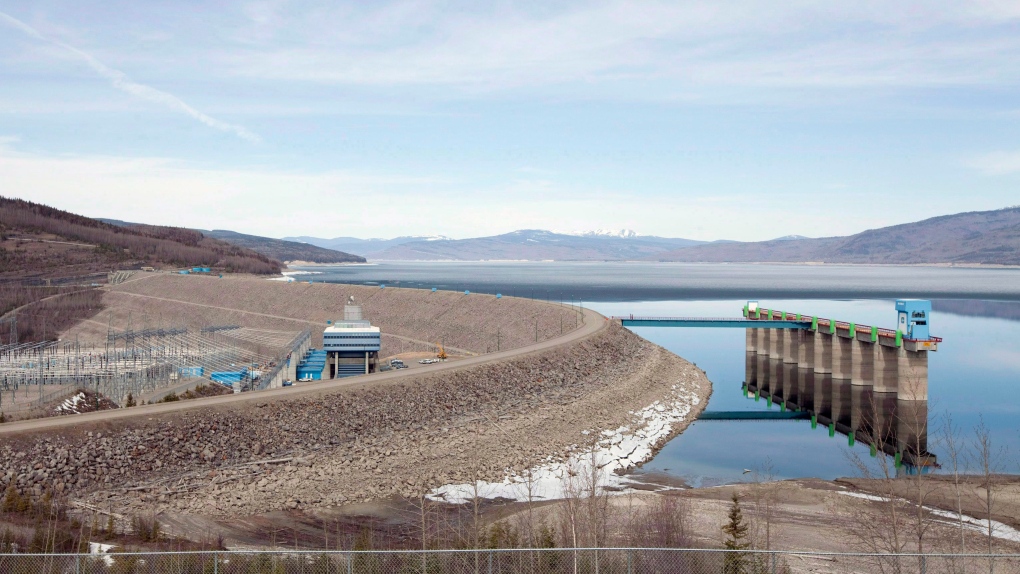 The W.A.C. Bennett Dam on the Peace River is pictured on April 19, 2010 in Hudson's Hope, B.C. (Jonathan Hayward / THE CANADIAN PRESS)

VICTORIA -- A British Columbia First Nation has ended its legal battle against the provincial government and BC Hydro over the Site C dam, a project the nation originally claimed was a $1-billion treaty violation.

A statement from the Ministry of Indigenous Relations and Reconciliation says the Prophet River First Nation, province and BC Hydro have reached agreements ending the civil claim.

The matter involved the allegation that development of BC Hydro's Site C dam on the Peace River in northeastern B.C., would destroy Indigenous territory and violate Aboriginal rights protected by Treaty 8.

The statement, released jointly by the province, Crown utility and First Nation, says B.C. will work to improve land management and restore traditional place names in areas of cultural significance.

Prophet River also receives ongoing payments while the Site C project is operating, and provincial Crown lands will be transferred to the nation along with a licence for woodland management.

Next steps in the process include identifying specific parcels of land for potential transfer and discussions with local governments, neighbouring First Nations and others about the plans.

The statement says components of the agreement include an impact benefits agreement, tripartite land deal and letter of commitment from B.C.

The Province and hydro also say they are committed to implementing the agreements with Prophet River in recognition of the cultural values and Treaty rights of the Fort Nelson-area Nation.

Coun. Beverly Stager with the Prophet River First Nation says Site C has “painfully impacted” Treaty 8 Nations and these agreements “can't undo the past” but instead offer a new future.

“We accept the promise of a better relationship with B.C. and BC Hydro and have faith that these agreements will help to protect what remains of the Treaty 8 lands and waters cherished so deeply by our people,” Stager says in the statement.

This civil lawsuit was filed in early 2018 when the Prophet River and West Moberley First Nations alleged the multibillion-dollar project failed to “uphold the duty of the Crown.”

One year earlier, Treaty 8 Nations announced - based on a $225-million award to Indigenous groups in Northern Quebec in 1975 over the James Bay Hydro project - that it was due a settlement of about $1 billion.

A B.C. Supreme Court date on that civil claim had been set for 2022, but Hydro, the two First Nations and the B.C. government entered talks 18 months ago, to avoid court action.

Scott Fraser, Minister of Indigenous Relations and Reconciliation, says B.C.'s preference is always to resolve issues at the table, rather than through the courts.

“We appreciate the commitment by leadership from Prophet River First Nation and BC Hydro to keep talking so we could come to a resolution,” Fraser says.

“By having everyone at the table and working together with collaboration and respect, we can move away from uncertainty and conflict, and create opportunities that benefit everyone in B.C.”

Prophet River First Nation's nearly 300 members have rights to hunt, fish, trap and carry out other traditional practices under Treaty 8 in areas that include the Peace River and the location of the Site C project.

This report by The Canadian Press was first published Aug. 5, 2020