Travelling from the east coast to the west, the last-known Korean War tank arrived in Surrey Sunday.

The Centurion tank was transported by CN Rail at the request of a retired army major who runs a museum dedicated to the armed forces.

Centurions were the main British battle tanks after the Second World War. The tank had been on display at a Halifax park before being loaded onto a train late last month.

"The museum in Langley, B.C., had a great interest in it. There's a Korean population there, and so this has great significance as a tank that served in Korea," Corinne MacLellan of the Halifax Rifles regiment said as the tank was loaded on Oct. 30. 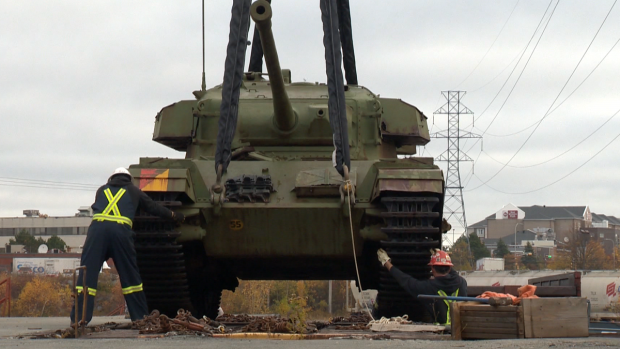 "After nearly 40 years of being away, the old girl's come home to where she belongs," Maj. Ian Davidson Newby said Sunday.

"We didn't have that many in the first place. This is Mark III, which is the first year that Canada stepped up and bought these off Britain."

The tank will be brought to Aldergrove, where it will soon be on display at the Western Museum of the Armed Forces. http://armedforcesmuseum.ca/

About 26,000 Canadians were involved in the Korean War between 1950 and 1953, and some remained after the war as observers. More than 500 Canadians died.

With files from CTV News Atlantic 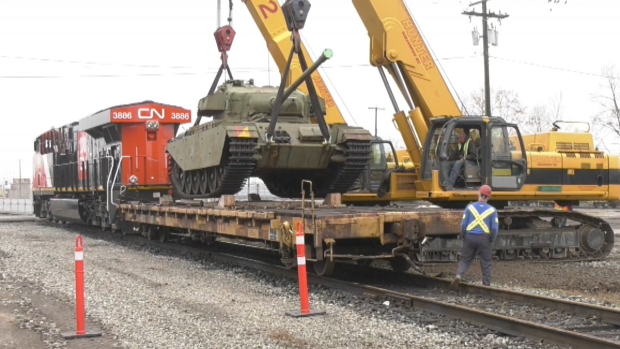