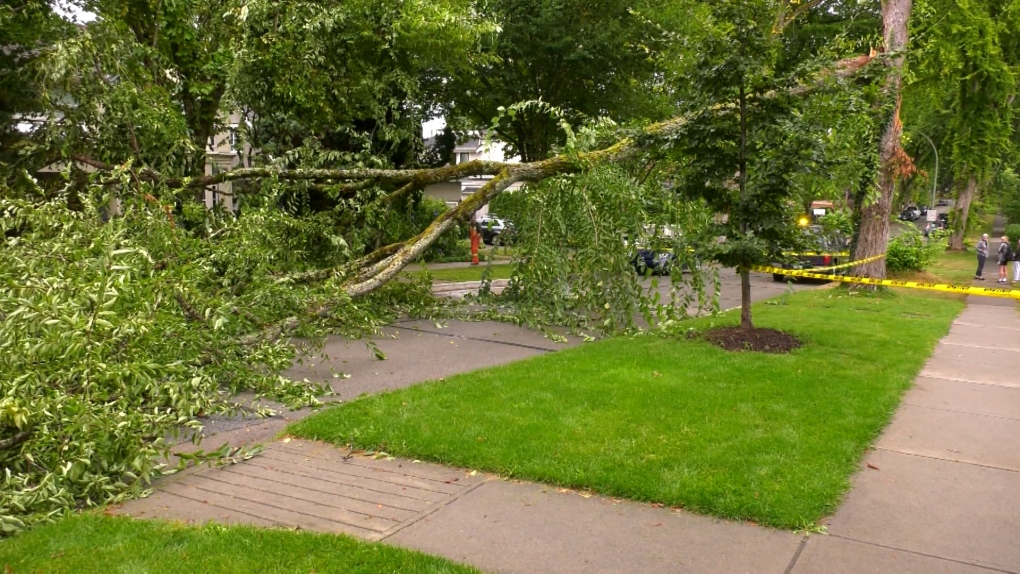 Vancouver homeowner says a tree branch that fell into his front yard Thursday was deemed safe twice by city arborists.

Vancouver resident Dale Pugh’s roof and chimney were damaged by the same tree this summer.

Pugh says when a city arborist came to remove the first branch from his home at 13 Avenue and Camosun Street, he inquired about another limb on the tree he was worried about. He says the city arborist didn’t see a problem with it.

Pugh then hired a private arborist to conduct an inspection.

“He said the other limb is suffering from the same bark inclusion and it’s probably going to come down at some point in time," Pugh told CTV News Vancouver.

Bark inclusion occurs when a tree has multiple stems that grow together at some point. The bark doesn’t have the strength of wood and can become fragile and compromised.

After the visit by the private contractor, a concerned Pugh reached out to the city.

“I persisted," he said. "Finally another arborist came out and inspected the tree and he deemed it to be safe.”

Less than a month later, the second branch fell in his front yard and on the sidewalk.

"This sidewalk, if school’s in session, it’s got lots of kids going back a forth between the schools,” Pugh said.

Pugh says the bark inclusion, that caused the tree branches to fall, is common in his neighbourhood and should be addressed by the city before there’s another incident.

The city says the branch has since been removed and the tree is currently being inspected for stability and possible remediation to limit risk to the community.

Latvia is crossing its fingers that it is up next after Prime Minister Justin Trudeau announced this week that Canada is extending and expanding its military mission in Ukraine in response to concerns about Russia.