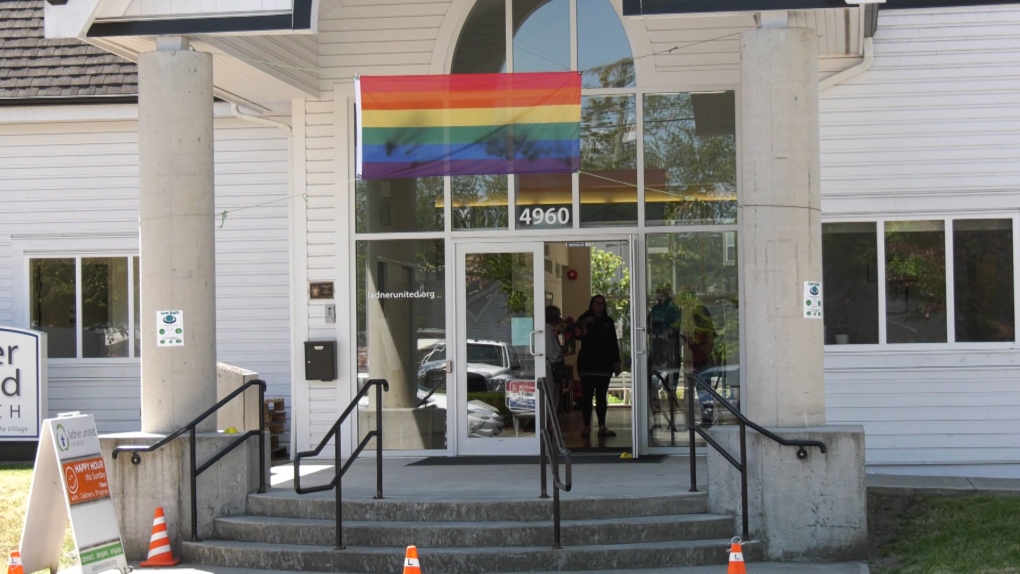 For the second time in less than two weeks, a rainbow flag in celebration of Pride month has been defaced in Ladner.

Members of the Ladner United Church congregation found the flag hanging in front of the building had been smeared with black spray paint Sunday.

"It's very hurtful. We work very hard in this congregation and in this village to be inclusive and we invite anyone in," said Sue King, a co-chair of the church's leadership council and trustee.

The church first put up the rainbow flag earlier in the month as a show of support for those in the LGBTQ+ community. On June 3, the flag was vandalized with what appeared to be black spray paint.

Marcus Petrunia, a minister at the church, said the latest incident is disappointing.

"It's really frustrating because we put up a new flag and it was this excitement that we can transform something bad into something good -- and it happens again," he said.

He said the two incidents highlights that "more work needs to be done" to preach messages of love and acceptance.

The church is not letting the vandals stop it from hanging another Pride flag.

"Why would we take it down? We are an inclusive church here and that flag has a lot of meaning for a lot of people," King said. "Just because one person doesn’t understand it or has a fear, we're not going to bend. We have to stand strong and in unity for the people who need us to be there for them." 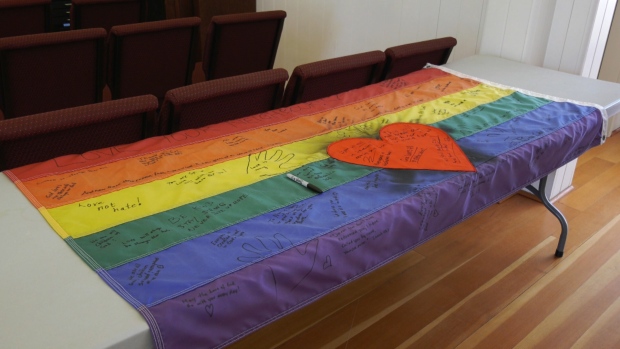 Since the first incident, people have patched up the first vandalized flag with a heart and they have been writing messages of love.

The church plans to hang that one up soon.

The Delta Police Department confirms it is investigating both incidents.