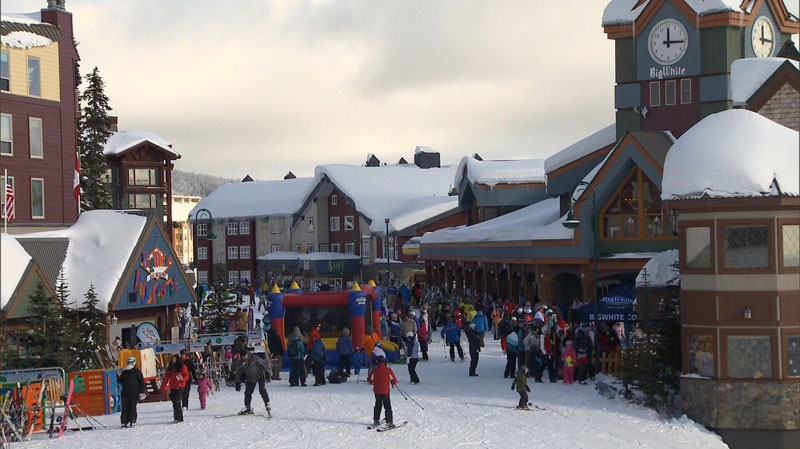 Moving B.C.'s Family Day weekend has made it more difficult for B.C. residents to enjoy their own ski hills and attractions, the CEO of the Canada West Ski Areas Association says.

“When B.C. residents had their own (Family Day) weekend, it was very easy for B.C. residents to go into the tourism attractions -- ski hills included -- because they were not competing for space from other jurisdictions,” said Christopher Nicholson. “That’s no longer the case.”

Last year, the provincial government shifted the Family Day holiday from the second Monday in February to the third, making it line up with other provinces and with President's Day in the U.S.

At Big White Ski Resort in Kelowna, having a separate long weekend meant abundant accommodations for British Columbians hoping to hit the slopes, according to Michael J. Ballingall, vice-president of sales and marketing.

"It was Christmas. We had it to ourselves," he told CTV News.

But this year, the vast majority of available hotels, cabins, condos and other accommodations were booked up by Americans and out-of-province guests, according to Ballingall.

Just 27 per cent of bookings came from the Lower Mainland this Family Day weekend, compared to more than 80 per cent last year, he said.

"Before they weren't competing with North America," Ballingall said. "And the problem is, it's not a summer long weekend – you can't pick between the campground, the beaches, the hotels – there's only the mountains. There's really nowhere else to go."

Most of this year's bookings – 54 per cent – come from the U.S., almost exclusively from Washington State, according to Big White.

Premier John Horgan said the change was made to better align the holiday with other parts of Canada to help families and businesses alike. "This gives families an opportunity to schedule and spend more time with loved ones from other provinces," he said in a statement last year.

At the time, the Surrey Board of Trade also touted the economic benefit of a holiday weekend that aligns with other jurisdictions.

But Walt Judas, CEO of The Tourism Industry Association of BC, said that’s not the case.

“For the tourism operators, it will be a definite hit,” he said Friday.

What will be lost is having a separate day just for B.C. residents with “their own distinct weekend to enjoy all that British Columbia had to offer, versus then competing with people that might come from elsewhere,” he said.