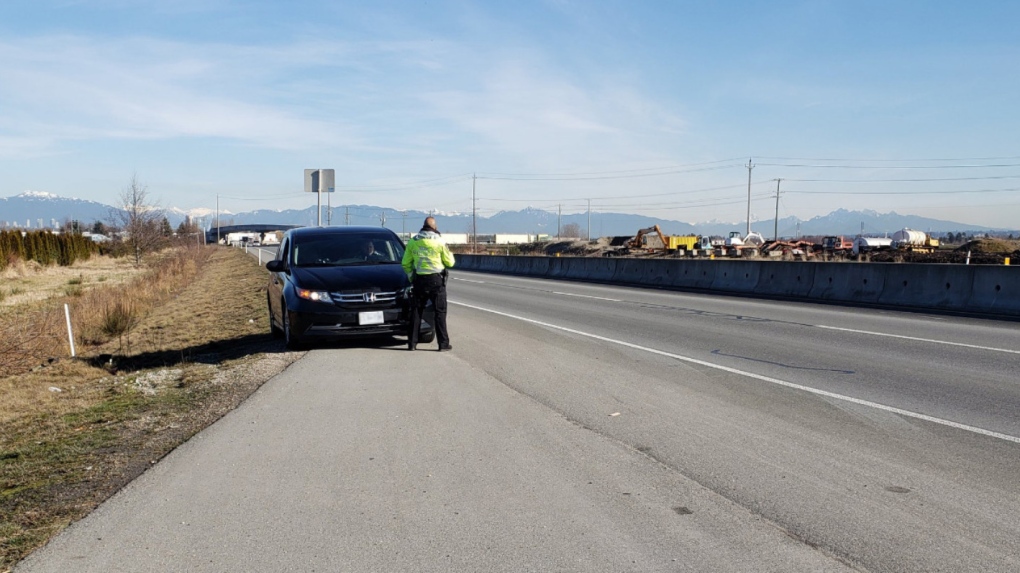 VANCOUVER -- A driver described by Delta police as "insanely reckless" was taken off the road on Thursday after getting caught going more than double the posted speed limit.

Police said the driver of the Mercedes SUV was clocked going 166 km/h in an 80km/h zone on the South Fraser Perimeter Road.

"Our officers were glad to take this insanely reckless driver off the road today," Delta police posted in a tweet. The driver received a $483 ticket and three demerit points, and their car was impounded for seven days. Police also said there would be an impact to their driver's risk premium for insurance purposes.

"It's frightening to think of what could happen when someone is travelling at the high rate of speed," said Delta police spokesperson Cris Leykauf in an emailed statement. "You have far less chance of being able to safely stop should you need to—for example if an animal is crossing the road, or if there is a crash up ahead."