From wishes for "fat, happy" baby whales to a giant hippo with the prime minister's face on its rear end, anti-pipeline protesters chose creative ways to voice their dissent.

Scroll through the images below for a quick look at some of the messages on display during a protest in downtown Vancouver Tuesday.

The group gathered following the approval of the Trans Mountain pipeline expansion plan. 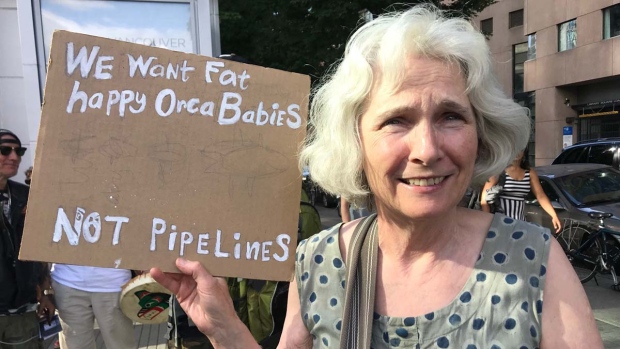 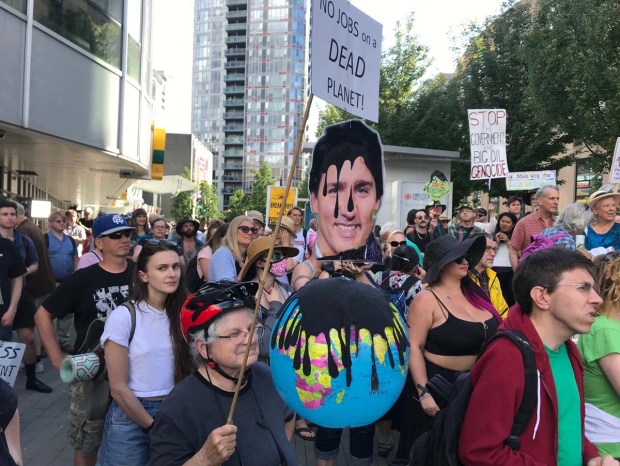 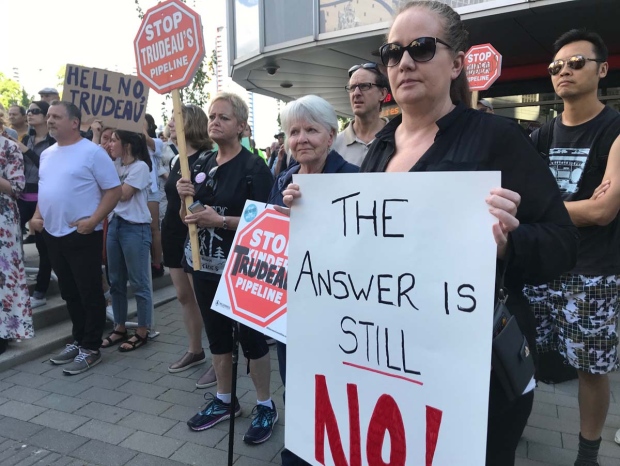 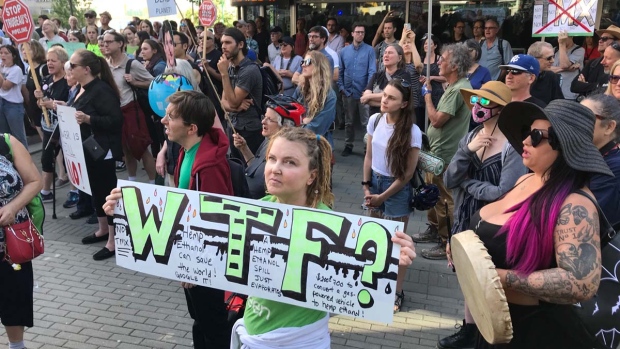 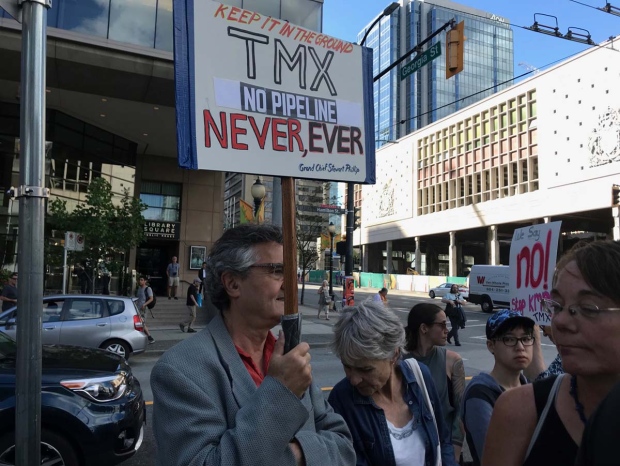 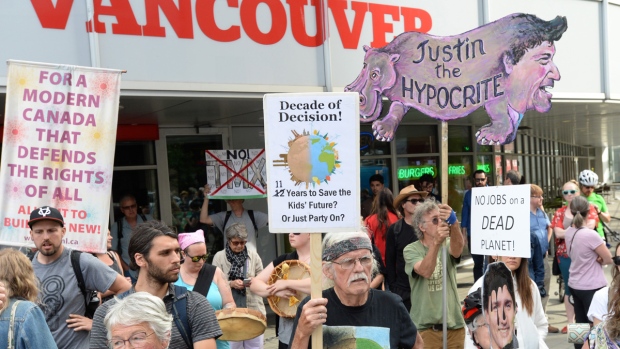 (Above photo from Jonathan Hayward of The Canadian Press) 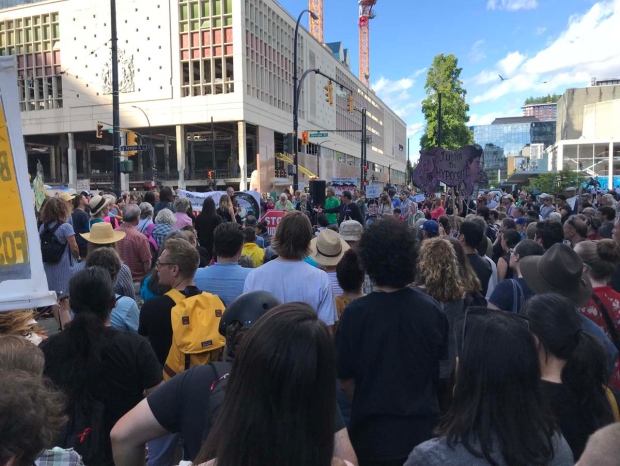 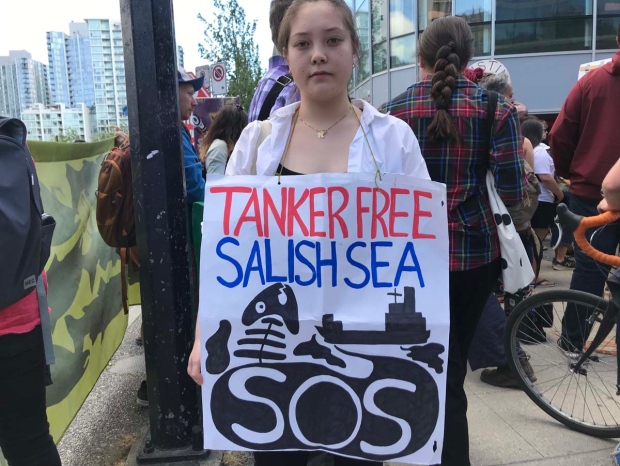 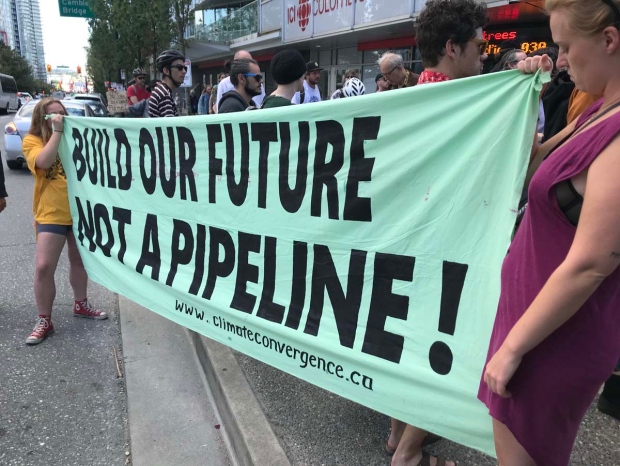 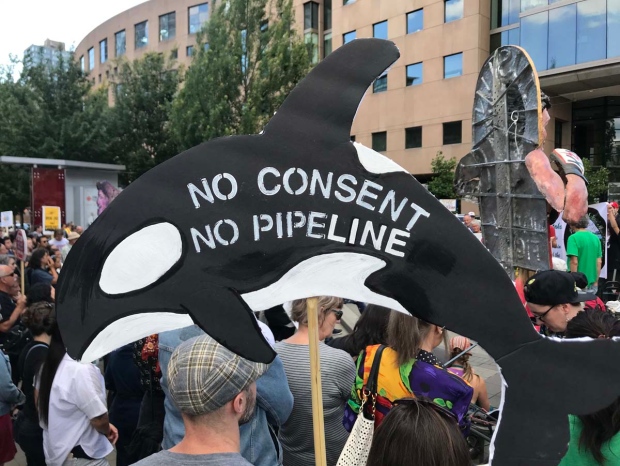 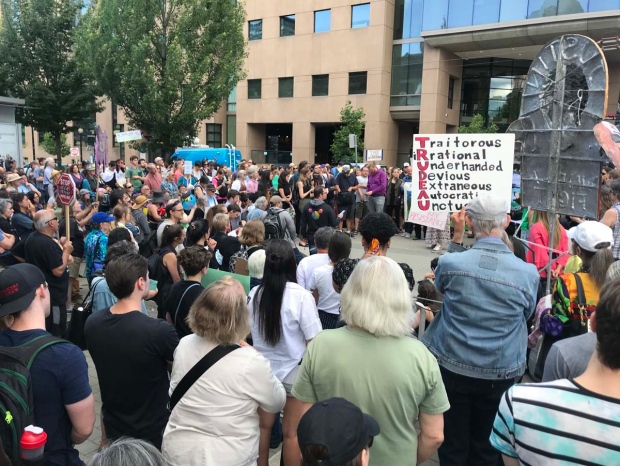 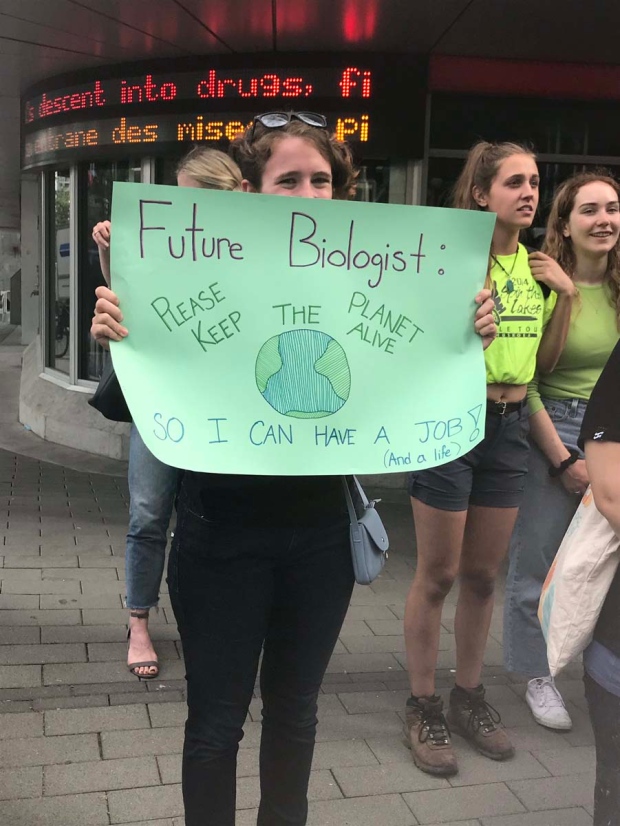 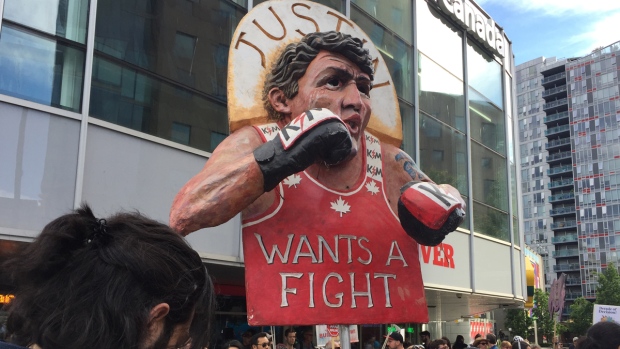