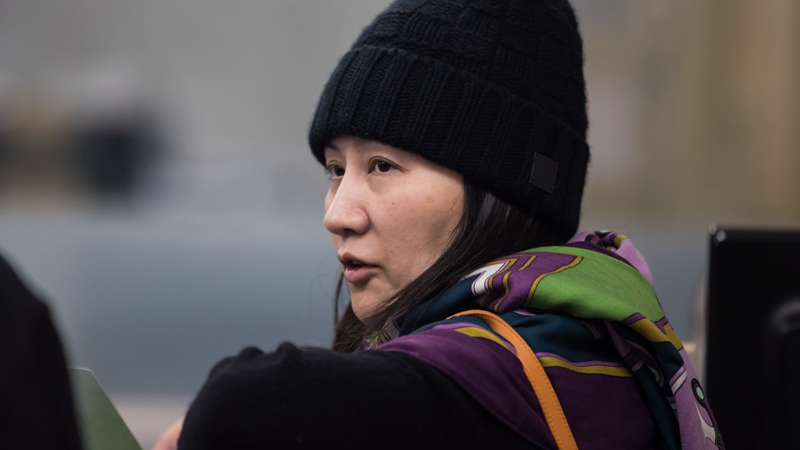 Huawei chief financial officer Meng Wanzhou, talks with a member of her private security detail after they went into the wrong building while arriving at a parole office, in Vancouver, on Wednesday, Dec. 12, 2018. THE CANADIAN PRESS/Darryl Dyck

The founder of Chinese tech giant Huawei is thanking Canada's justice system for the kind treatment of his daughter, the company's chief financial officer arrested last month in Vancouver on a U.S. warrant.

In a rare meeting with foreign reporters, Ren Zhengfei said he believes there will be a just conclusion to the case of his daughter, Meng Wanzhou, who is awaiting extradition to New York State.

Meng, who was arrested Dec. 1 and remains under house arrest in Vancouver, is facing U.S. charges related to possible violations of trade sanctions on Iran.

Her father also expressed thanks to Meng's fellow jail inmates prior to her release “for treating her kindly.”

The 74-year-old, who founded Huawei in 1987, said he believes his daughter will be vindicated once all the evidence is out.

Ren also said that he saw no connection between his daughter's detention and the arrest of two Canadians by Chinese authorities on national security charges.