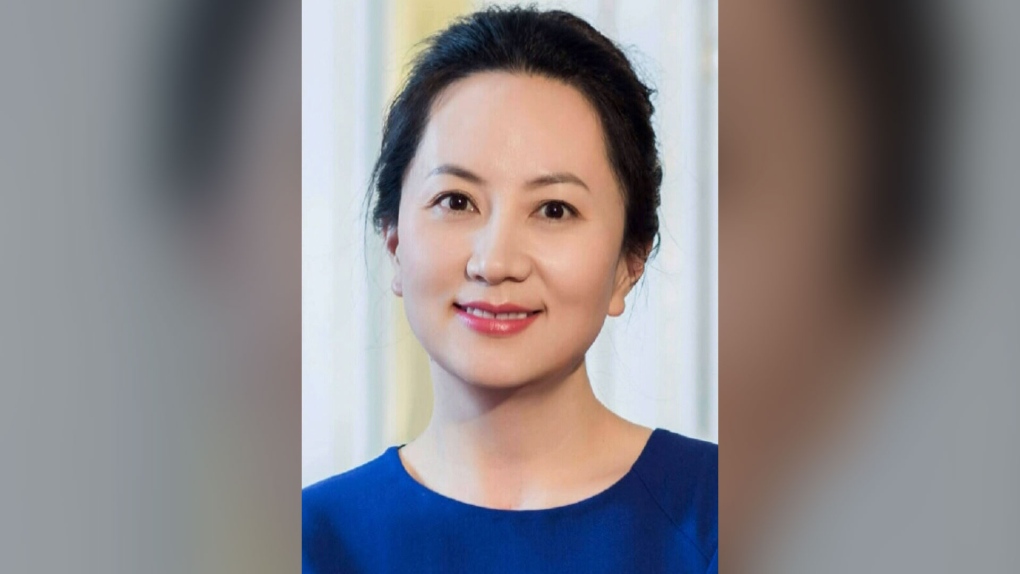 Meng Wanzhou, the chief financial officer of Huawei Technologies, was arrested in Vancouver.

Dec. 1: Canadian authorities arrest Meng at Vancouver's airport while she is en route from Hong Kong to Mexico, after an extradition request from the Americans. The news becomes public on Dec. 5.

Dec. 6: China demands Canada release Meng and “immediately correct the mistake” officials made in arresting her. The Chinese also say they were not briefed on the reasons for Meng's arrest.

In Ottawa, Prime Minister Justin Trudeau says Meng's case is part of an independent legal process with no outside political influence.

China is demanding Canada release Huawei CFO Meng Wanzhou, who was arrested over the weekend and faces possible extradition to the U.S. https://t.co/tAj0vj7d9s

In Vancouver, Meng appears in court, where allegations of fraud are laid out. The U.S. alleges Meng misled American banks in a bid to get around American sanctions on Iran.

Dec. 8: Canada's ambassador to China, John McCallum, is summoned to a meeting with China's assistant foreign minister so the country can register complaints about Meng's arrest. “China strongly urges the Canadian side to immediately release the detained Huawei executive ... or face grave consequences that the Canadian side should be held accountable for,” the assistant minister, Le Yucheng, says in a statement.

Dec. 9: China summons the American ambassador to China to lodge similar complaints about Meng's case and demand the U.S. rescind the order for her arrest.

Meanwhile, China's vice premier, with responsibility for the domestic economy, and U.S. Treasury Secretary Steven Mnuchin talk about the ongoing tariff battle between the two countries.

Dec. 11: In the morning, Kelly Craft, the U.S. ambassador to Canada, tells reporters it is “absolutely false” to assume a political motive behind the Meng's arrest.

Later in the day, Meng is released on $10 million bail. In an affidavit submitted for a bail hearing, Meng, 46, details a lifetime of health issues, including thyroid cancer, sleep apnea and high blood pressure.

The day ends with U.S. President Donald Trump telling Reuters in an interview that he would “certainly intervene” in Meng's case “if I thought it was necessary” to help forge a trade deal with China.

Dec. 12: China's foreign ministry says it has no information about Kovrig, but says the organization he worked with - the International Crisis Group - was not registered in China, making its activities in the country illegal.

The Liberals spend the day outlining how the extradition process will work, reiterating that it is an independent process. Trudeau reaffirms Canada's commitment to the rule of law, “regardless of what goes on in other countries.” Justice Minister Jody Wilson-Raybould says she takes her “extradition responsibilities and obligations very seriously” and that the final decision on extraditions lies with her. Freeland warns any comments made in the United States could be used by Meng's lawyers before Canadian courts, which would have to judge their relevance in deciding whether to follow through on the American extradition request.

Dec. 13: Conservative Leader Andrew Scheer accuses Trudeau of taking a “naive approach” to China, leaving Canada without “the leverage that we might otherwise have” to resolve the situation. He calls on Trudeau to reach out to the highest levels of the Chinese government.

Earlier in the day, Trump's trade adviser, Peter Navarro, says the arrests of the two Canadians were plainly a response to Meng's arrest: “That's the Chinese playbook and again the problem we always have with China is when we launch legitimate concerns over whatever it is, China comes back and does these kinds of actions.”

China's foreign ministry says Kovrig and Spavor have been detained on suspicion of “endangering national security.”

Dec. 14: Canadian officials are granted consular access to Kovrig, and McCallum meets with him in Beijing. Meng's case comes up during a meeting between Freeland and U.S. Secretary of State Mike Pompeo, with the two agreeing that no politics be injected into the extradition process. Pompeo publicly calls on China to release Kovrig and Spavor.

In an interview with The Canadian Press, Trudeau says Canada will shortly be granted consular access to Spavor.

Dec. 19: Global Affairs Canada says a third Canadian has been detained in China. Prime Minister Justin Trudeau says the government has no reason to believe the case is linked to the detention of Kovrig and Spavor. The next day, China's Foreign Ministry spokeswoman Hua Chunying says the Canadian woman, Sarah McIver, received an administrative penalty for illegal employment.

A third Canadian citizen has been detained in China, according to Global Affairs Canada, but it’s unclear if it’s related to the arrest of a prominent Chinese executive in Vancouver earlier this month. https://t.co/8XkUw8gHLN

Dec. 20: Indictments unsealed in the United States allege two Chinese citizens targeted companies in Canada and around the world as part of a years-long hacking campaign to steal data.

Dec. 21: Kovrig's employer, the International Crisis Group, says he has not been given access to a lawyer while in custody. A source familiar with the conditions of Kovrig's detention says he is questioned three times a day and kept in a room with the lights on continuously.

Freeland formally demands both men be let go, calling in a statement “for their immediate release.” Similar statements come out from the United States, Britain and the European Union.

Dec. 22: During a visit to Canadian peacekeepers in Mali, Trudeau says countries around the world are “extremely disturbed” by China's detention of Spavor and Kovrig.

Dec. 24: China's foreign ministry calls out the U.S., Britain and EU, saying the trio should be condemning Canada for Meng's arrest. Spokeswoman Hua Chunying says Canada should “correct its mistakes” and stop acting at the behest of the United States. She says Kovrig and Spavor's rights are being respected in custody.

Dec. 27: Chinese state media bring up the case of a Canadian man charged with drug smuggling. The Global Times, an English-language publication of the official People's Daily, says Robert Lloyd Schellenberg appeal of his conviction will be heard on Dec. 29. Global Affairs says the case has been ongoing for several years.

Dec. 28: Global Affairs confirms that McIver has returned to Canada after being released.

Officials say Sarah McIver, an Alberta resident who was detained in China over a work permit issue, has returned to Canada. https://t.co/8bjCwlcQiF

Dec. 29: A Chinese court orders a retrial for Schellenberg, raising the possibility of a harsher sentence, including death. The Wall Street Journal reports Chinese authorities took the odd measure of inviting a number of news outlets to the appeal.

Dec. 30: Australian Foreign Minister Marise Payne says in a statement that her government is “very concerned” about Kovrig's and Spavor's detentions. Earlier in the day, a group of 36 Australian academics demanded their government “call for the immediate release of these two detainees.”

Jan. 3: In a press conference, China's prosecutor general Zhang Jun says Kovrig and Spavor “without a doubt” violated Chinese law. He says the investigation is also following the rule of law, but doesn't provide more details about the allegations.