How Vancouver's mayoral candidates plan to solve the housing crisis 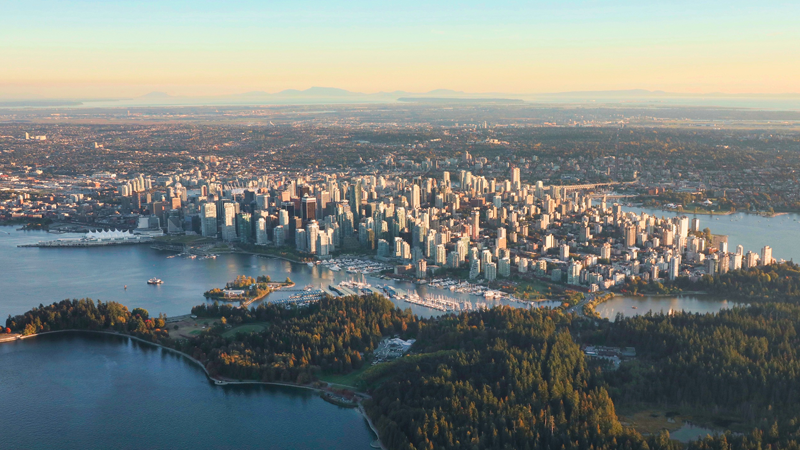 Vancouver's housing crisis will likely be front of mind for many residents as they head to the polls for the Oct. 20 municipal election.

But with no fewer than 21 candidates running for mayor and as many competing plans to create more affordable accommodations in the city, casting an informed vote can seem like a daunting task.

Here's a breakdown of what the frontrunners for the city's top job say they intend to do to.

Kennedy Stewart, who left his seat as a Member of Parliament in Burnaby to enter the race, has promised to make housing his “number one priority” if elected Vancouver mayor.

The specifics of Stewart's plan include building 25,000 non-profit, affordable rental homes over the next 10 years that would be available to those making household incomes of up to $80,000.

Stewart also wants to build 35,000 condo units, coach houses and townhomes to help first-time buyers get into the market and preserve the city's 6,000 co-operative housing units by renewing city-held leases.

The independent candidate also says he will use his experience as an MP to work with the federal and provincial levels of government towards improving the housing situation in Vancouver.

If elected, Stewart says intends to allow duplexes across the entire city and provide homeowners with more opportunities to develop large properties into multi-family residences. It's unclear if that means he will expand zoning for duplexes into the few pockets of the city where two-family homes aren't already allowed under the current "Making Room for Housing" plan.

As a well-known Vancouver businessman now running for the city's top job, Ken Sim has set some ambitious housing targets for his first 100 days as mayor, if elected.

The five-step plan includes allowing two secondary suites in detached homes to increase the number of affordable rentals in the city to an estimate 40,000 units as well as fast-tracking housing options for low-income Vancouverites, seniors and those with disabilities.

Sim also wants to reduce taxes and fees that apply to laneway homes and secondary suites to make it easier for owners to develop their properties into rentals.

Sim's long-term term goal is to develop a tailored housing plan for each Vancouver neighbourhood and work with the federal and provincial governments to lower the cost and other barriers that stand in the way of developing affordable rental property.

Shauna Sylvester's housing platform is similar to Sim's in emphasizing the importance of community input in creating a strategy that works for Vancouverites across the city.

"I will support grassroots planning teams working out of offices across the city to have the support to authentically engage and deliver results in a timely manner," she said on her website. "We need to engage the people who live, work, play and study here in re-visioning the future city we want."

Sylvester says she also intends to shift the focus of city's housing strategy away from simply creating more supply and towards "providing what the people of Vancouver need.

"We need to build more purpose-built housing to create thriving neighbourhoods for children, working professionals, seniors, and businesses," she said on her website.

Sylvester's platform includes plans to use city land to create community-based affordable housing and support services and make Vancouver the "the North American capital of co-ops and co-housing" by renewing leases and allowing medium-density zoning.

The candidate also wants to encourage property owners to develop rental units by expediting the permit process and waiving certain fees. Under her plan, those who to build market-rate rentals instead of affordable ones on their lots would pay a "community amenity contribution fee" that would then be invested in affordable housing.

Despite being a former Vision Vancouver board member, Sylvester is now running as an independent.

While the bulk of her campaigning has focused on ending what she calls "the ideological war on transportation" by dashing all hope of future bike lanes in the city, Young's platform acknowledges that the housing crisis "is a heart-breaking issue for those affected."

The Coalition Vancouver candidate says she will implement "a combination of zoning and tax policy to direct this to ensure that… new rental and affordable units are built in and around major transportation hubs."

Like Sylvester, her platform emphasizes that supply isn't the problem, but the type of housing built.

Young also stands firmly against "Making Room" program which involves rezoning parts of the city to allow for two-family dwellings. Coalition's website calls the plan a "sell-out" policy that will "drastically change the character of existing neighbourhoods."

When it comes to rental suites in detached homes, Young's plan reaches only half as far as Sim's, allowing just one rental unit per property.

The standout feature of Hector Bremner's housing strategy is a massive, 50-per-cent tax on capital gains from unimproved homes that aren't occupied by the owner he intends to work towards in an effort to crack down on flippers and speculators.

If elected, the Yes Vancouver candidate says he will work towards raising the city's rental vacancy rate, which currently sits at less than one percent, to three per cent by building 50,000 new units, with a long-term target of five per cent.

Bremner also wants to build 15,000 units of not-for-profit housing in the next decade using 99-year leases on city-owned land.

YES Vancouver also plans to work with local non-profits to improve the "deplorable conditions" in single-room occupancy properties and partner with senior levels of government to provide alternatives to private SROs.

Bremner has also put forward an anti-demoviction plan to protect current renters from being forced out of their homes by redevelopment.