Hootsuite employee fired after speaking out about company's ICE deal 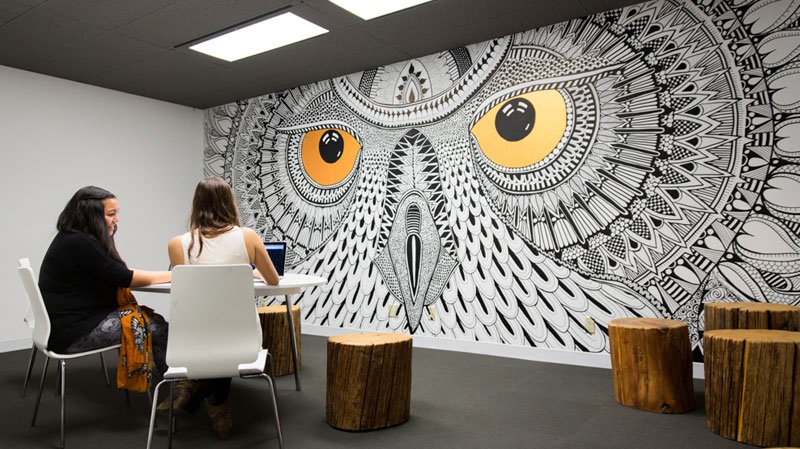 A room inside Hootsuite's Vancouver office is seen in this April 2013 file image. (Handout)

VANCOUVER -- A Hootsuite employee who publicly criticized the company's decision to work with U.S. Immigration and Customs Enforcement has lost her job.

Sam Anderson said she was let go on Monday, less than two weeks after she spoke out about Hootsuite's three-year contract with ICE, which has since been called off.

"I'm not sure what I can and can't say about my departure, but I assume it's fair to say (and also probably obvious) that it was not my decision to leave," Anderson wrote on Twitter.

Anderson said she wouldn't be commenting further on her firing because "this has been an exhausting week and a half and I need to focus my energy on finding a new job."

Before going public with her concerns, Anderson was a senior training specialist with Hootsuite, according to her LinkedIn profile.

Anderson slammed the ICE deal in a series of tweets on Sept. 23, alleging that more than 100 Hootsuite employees had raised similar concerns about working with the government agency.

As of yesterday morning I am no longer employed by Hootsuite. I’m not sure what I can and can’t say about my departure, but I assume it’s fair to say (and also probably obvious) that it was not my decision to leave.

"That we are eagerly accepting money from an organization that is allegedly subjecting its female detainees to forced hysterectomies, that has a documented history of locking children in cages, that tears families apart and destroys lives is devastating and disgusting," she wrote at the time.

Hootsuite issued a statement the next day announcing that it was backing out of the ICE contract.

Asked about Anderson's departure on Tuesday, the company said it doesn't discuss employee status for privacy reasons, but "supports differences of thoughts and opinions within the company and firmly believes in engaging dialogue."

"We deeply value the trust of our employees, partners and customers. To that end we must be unequivocal in upholding our confidentiality obligations," Hootsuite said in an email statement.

Last month, CEO Tom Keiser shed some light on the company's original response to employee concerns about the ICE contract, which Anderson said they first learned about in June.

In a written statement, Keiser said the internal strife initially led Hootsuite to form a committee to "consider all points of view" on the deal, but that management decided to press forward with the contract anyway.

That changed in September following a "broad emotional and passionate reaction from our people," the CEO added.

"I – and the rest of the management team – share the concerns our people have expressed. As a result, we have decided to not proceed with the deal with ICE," Keiser said.