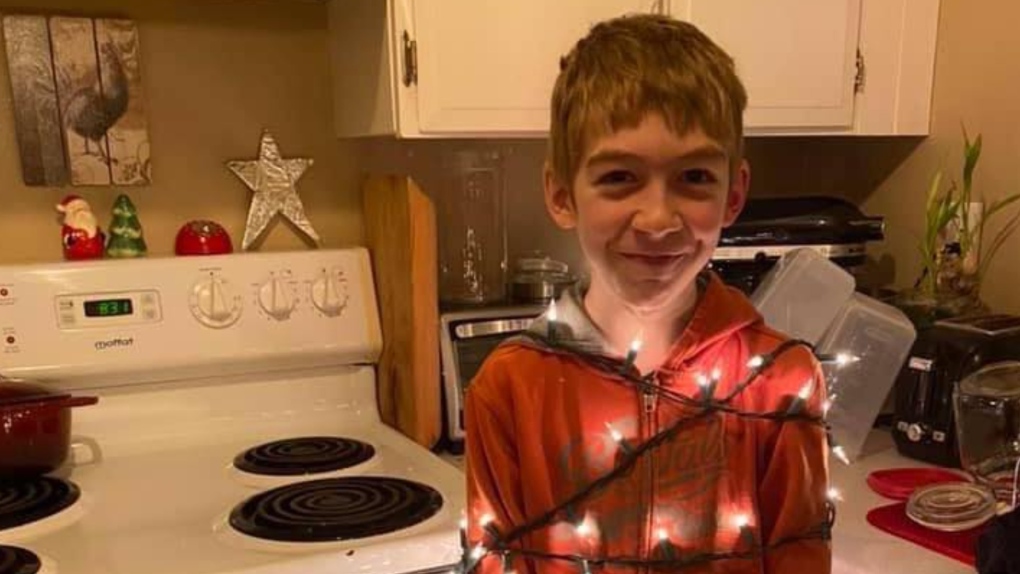 Brody Dery, 11, was already grappling with Crohn's disease when he was diagnosed with Hodgkin's lymphoma in late 2020. (Facebook)

VANCOUVER -- When Randi Dery posted a short video asking Hollywood superstar Ryan Reynolds to send love to her son Brody, who is battling Hodgkins lymphoma, she never expected to hear back – especially not within 24 hours.

But that's just what happened this week while the Prince George, B.C. family was back in Vancouver for another round of chemotherapy.

Dery told CTV News that 11-year-old Brody was over the moon when she revealed the "Deadpool" actor had recorded a personal message just for him.

The video from Reynolds was obtained by Prince George news station CKPG, which helped to boost the family's plea. Dery said they've watched it over and over since it was delivered.

Reynolds has become known as much for his philanthropy and spirit-raising outreach as he has for his starring roles in recent years, and offers a heartfelt message of support for the young cancer patient in the clip.

"I know you've been going through it, I know it's been a challenge lately, but you know something Brody? You're just the man for the job."

Brody was diagnosed with lymphoma late last year, but had already been struggling with Crohn's disease for months. His condition was so bad that his mother had to take leave from her job at a pharmacy shortly before the pandemic struck. She's now taking care of him full-time.

The last couple of months have been especially rough, with the family having to drive back and forth to Vancouver – an approximately nine-hour trip – repeatedly for Brody's treatment.

Because of the COVID-19 pandemic, flying down has been out of the question. Dery said ending up on a flight with a coronavirus exposure could prevent them from staying at Ronald McDonald House, not to mention that Brody's condition puts him at greater risk of a serious infection.

But the long drives and the weight of chemotherapy haven't brought down his spirits, according to his mom.

Just days before receiving Reynolds' message, the mother and son watched "Deadpool" together. Dery said the character struck a chord with her son, both because he's a cancer survivor and because they share a quick sense of humour.

"Brody finds the funny in everything. He can see everything on the brighter side," she said.

The long-term outlook for Brody is good, according to the family. In the meantime, as they continue through chemotherapy and home schooling, a GoFundMe has been set up to help with expenses. An online auction is also being held on Friday with proceeds going to the family.