Here's a list of all the events that were cancelled due to COVID-19 last year, from the Vancouver Park Board 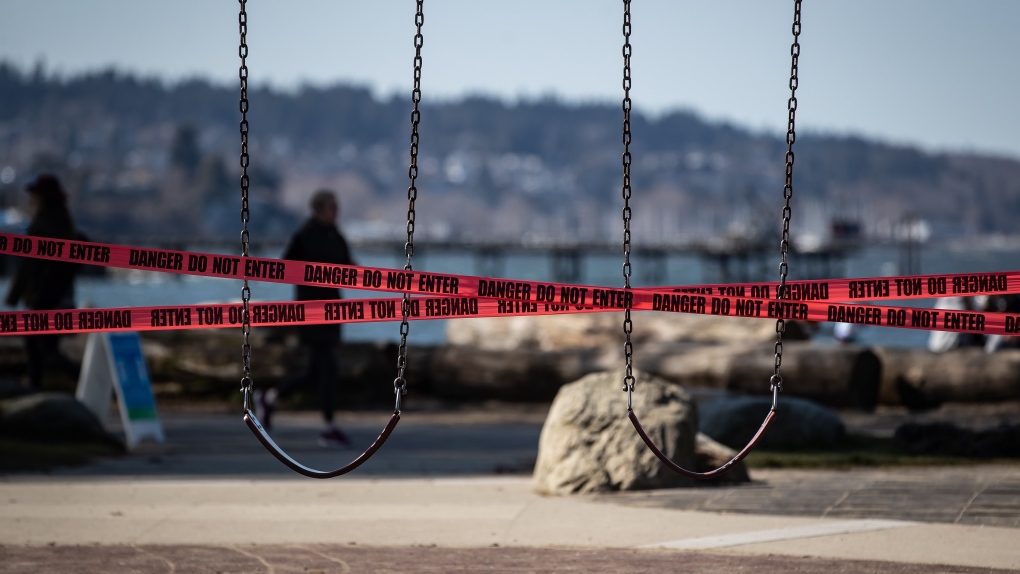 Caution tape surrounds playground equipment after the City of Vancouver closed all playgrounds in the city due to concerns about the spread of the COVID-19 in Vancouver on Saturday, March 21, 2020. (Darryl Dyck / THE CANADIAN PRESS)

VANCOUVER -- As the Vancouver Park Board looks back on 2020, one of the most effective summaries of the pandemic's impact may be its lengthy list of all the events that had to be cancelled.

In its "Year In Review" report written late last month, the board said about 1,800 permits are approved in a typical year for its spaces.

These permits are issued for events and activities as well as film shoots.

But last year was different.

Film productions came to a halt and events were put off or cancelled entirely, but also demand for parks increased significantly as people looked for sources of entertainment, shifted to working from home, and opted for outdoor spaces to safely see their circle.

And suddenly events took more planning and resources due to new safety protocols.

Looking ahead to the rest of this year, the board says it expects a similarly slow start when it comes to permitting, though it's possible, with the introduction of vaccines, gathering and event sizes may be increased in the summer.

Permits associated with filming are expected to pick up, but the rest of the year is expected to be "difficult" for the events industry, the board says.

It will be looking for initiatives that are compliant with public health regulations, and hopes for a successful recovery in the future.

Also included in the 2020 wrap-up was a list of all the board-organized events, and events in parks and plazas, that had to be cancelled. Not on the list are dozens of other events not tied to the park board that also had to be called off in 2020.