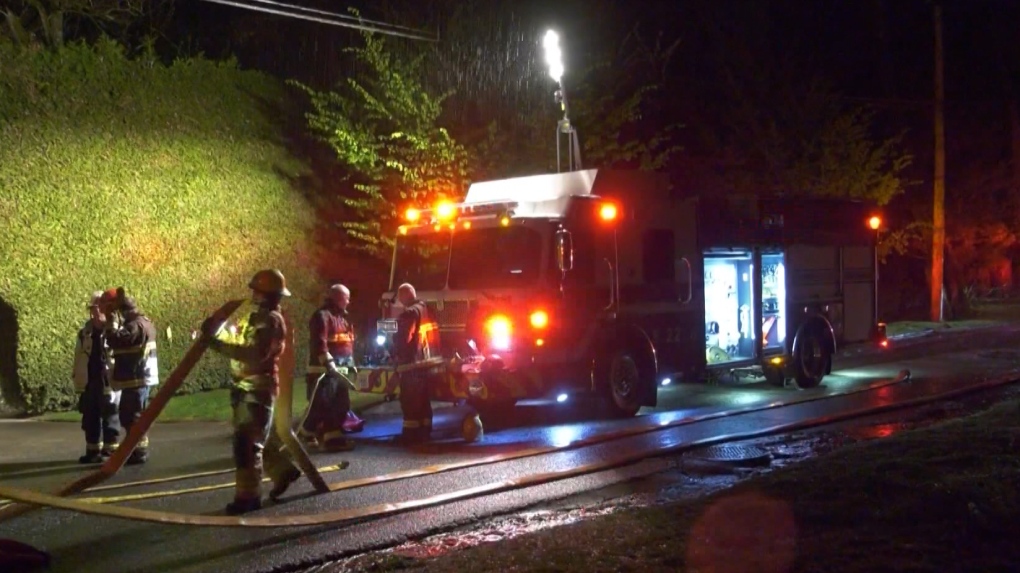 Fire crews are investigating a hedge fire in Vancouver's Southlands neighbourhood on April 22, 2020.

VANCOUVER -- An investigation is underway in Vancouver’s Southlands neighbourhood after an early morning fire on Macdonald Street near West 53rd Avenue.

“We had a call for a structure fire but it turns out it was actually a section of hedge that’s about 12 feet high, about 120 feet fully involved,” said Andy Greenwood, battalion chief with Vancouver Fire and Rescue.

A neighbour was the first to spot the flames shooting into the sky, shortly after 3 a.m.

A team of 40 firefighters arrived a short time later, dousing the flames.

“Luckily is hadn’t spread to the neighbouring buildings,” Greenwood said.

Crews on scene told CTV News the fire appears to have been deliberately set, though the fire investigator is still looking into the official cause.

The family that lives inside the home described the ordeal is disturbing, pointing to clumps of toilet paper that had been stuffed into the hedge.

They say the circumstances were suspicious considering they have very few visitors to the neighbourhood.

There are very few homes on the street and they are very spread-out with no sidewalks or street lights.

The fire investigator could be seen pulling clumps of rain soaked toilet paper from the hedges.

Anyone who has information about the fire is asked to call Vancouver police.