'Hearts in the window' movement spreads warmth, reassurance in the time of COVID-19 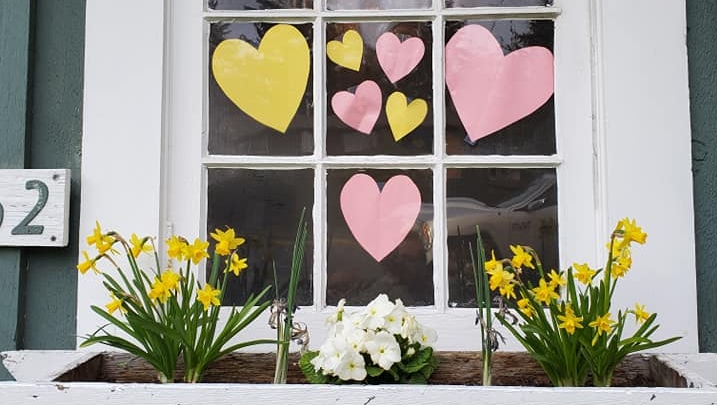 People around the world are sharing pictures of hearts hanging in their windows to spread warmth and good spirit during the COVID-19 crisis. (Facebook/Lindsay Pratt)

VANCOUVER -- As many people feel increasingly isolated and anxious under the threat of COVID-19, a movement spreading a simple message of warmth and human solidarity is gaining traction around the world.

“Hearts in the Window” encourages people to display something heart-shaped in their home where neighbours and passersby can see, in the hopes of raising a few spirits during these challenging times.

A Facebook group set up for people to share pictures of their displays was launched last Friday in Nanaimo, B.C., and has since amassed more than 48,000 followers who hail from everywhere from Nunavut to Scotland.

It’s now flooded with picturse and accompanying messages like “Hello from Sydney, Australia,” or “Sending love from Dawson City, Yukon.”

Natasha James, who created the group, said she was just building on an idea she had seen floating around elsewhere on Facebook. She decided to make a page where people participating could reach a wider audience.

“I had never done anything like this before,” James said in a message to CTV News. “I was just moved to feel connected and community.”

James said she started by inviting 30 of her friends, but by the time she woke up the next day the group had already ballooned to 600 members.

Before she knew it, there were tens of thousands of people taking part.

“I’m humbled and moved by the people on this group,” James said, adding that she hopes the message also reaches health workers, seniors in care homes, truck drivers and everyone else doing their best during the crisis.

“We all need each other and everyone matters.”

The Nanaimo resident said she was already familiar with feelings of isolation before COVID-19 left people stuck in their homes. Back in November, she broke her ankle and spent weeks recovering in bed with limited mobility.

“I was isolated. I had my people but felt so apart from the world,” she said. “So I feel and understand what others are facing as we move forward.”

She encouraged anyone who feels scared or alone to join in and embrace the sense of community they’re creating on social media, all while staying safely at home and minding public health advice.

“Put hearts in your window or your house, care home, hospital room, car, truck,” she said. “Spread love, not germs.” 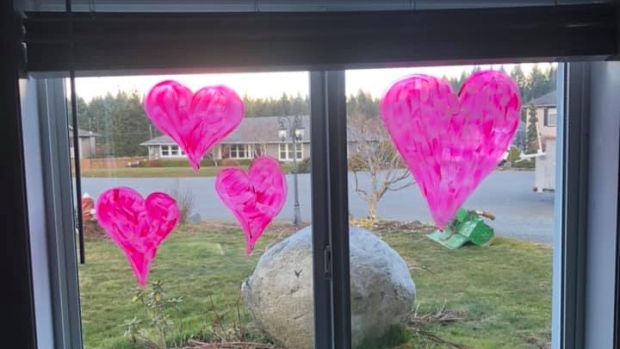