Half of B.C. restaurants don't think they will survive COVID-19: survey 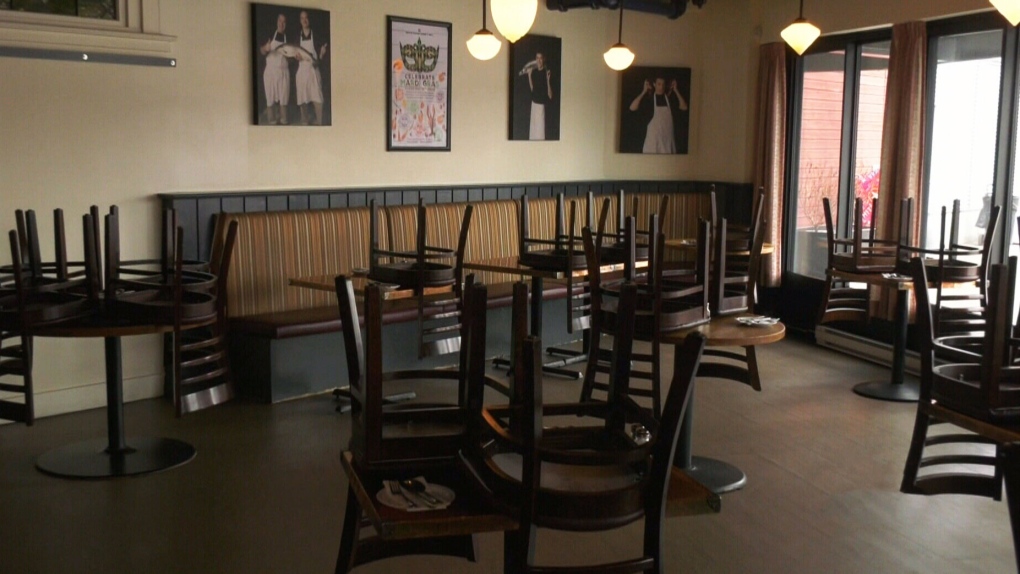 VANCOUVER -- A new survey from Restaurants Canada has found more than half of B.C.’s restaurants don’t expect to survive the COVID-19 crisis if conditions remain the same for much longer.

The survey, which comes just a week after the organization’s last measure of the industry found a third thought they wouldn’t outlast the pandemic, shows a marked increase in the pressures restaurants are facing.

Mark von Schellwitz, Restaurants Canada’s western vice-president, said most independent operators are concerned about a growing level of debt, of which rent is the largest part.

“When you have the accumulated debt from the April rent and then you add May rent onto that as well, that could spell the difference between surviving and not surviving the COVID-19 crisis,” he says.

The organization is calling for more help for the industry, and has three priorities it wants government to address – moratoriums on evictions and commercial lockouts, a rent abatement program tied to lost income, and lastly, that the help continue when the economy begins to recover.

“It’s going to take several months before we return to pre-COVID types of revenue numbers, and as a result of that, we’re saying that (they) should earmark that these measures stay in place until we reach a certain percentage of our pre-COVID restaurant sales,” von Schellwitz said, adding: “(The measures) could make the difference between restaurants surviving or having to permanently close, which would have significant implications on employment in the province.”