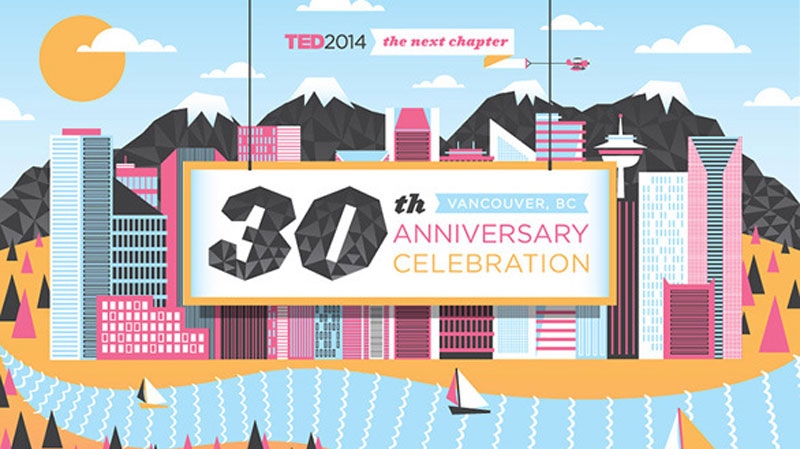 The 2014 TED conference is being held at the Vancouver Convention Centre. (TED)

The massively popular Technology, Entertainment and Design conference is moving its annual lineup of inspirational talks from California to B.C., organizers announced Monday.

TED curator Chris Anderson confirmed that after almost three decades straight in either Long Beach or Monterey, the 2014 show will land at the Vancouver Convention Centre.

“We thought hard about how to make the 30th anniversary TED conference truly memorable, and the Vancouver region offers the perfect setting for us,” Anderson said.

Videos of past speakers have been available free online for years, and have been viewed more than a billion times.

“Having the TED organizers choose Vancouver as their new home is a big vote of confidence in the creative entrepreneurs, social innovators and community leaders who make Vancouver a leading-edge city,” Robertson said.

Organizers said they will be building a new theatre within the convention centre that will take advantage of the panoramic views of the North Shore Mountains.

Apart from the main lineup of speakers, 100 of the most popular former attendees will be invited to either speak on the main stage or to mingle at group events.

Organizers haven’t specified whether Vancouver might host beyond next year, but a post on the TED website hinted that the conference won’t be returning to California any time soon.

“Will this be a next chapter for TED? Quite possibly,” it read. “We feel ready for a new adventure. Our staff is pumped for TED2013, our grand finale year in Long Beach, and are thrilled to be able to go exploring in 2014.”

The conference’s parallel sister event, TEDActive, is also moving from Palm Springs to Whistler. Both will take place from March 17-21, 2014. Registration begins on Feb. 11.