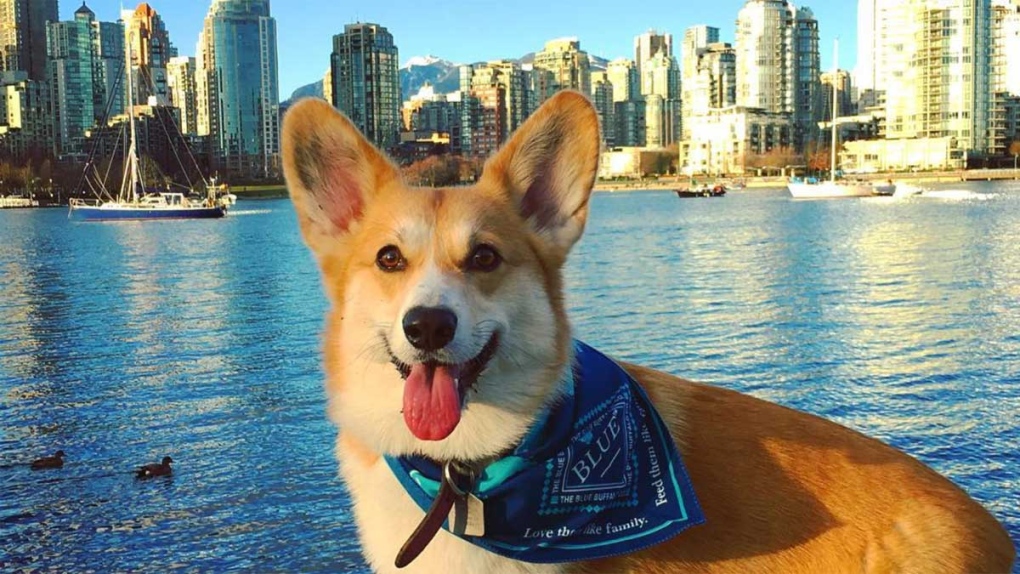 A corgi is seen in Charleson Park in Vancouver. (Instagram / instapebs)

Vancouver is one of the best cities in North America to have a dog, according to a website that reviews gadgets for pets and their owners.

The ranking published over the weekend puts B.C.'s largest city in sixth place – the only Canadian city in its top 20 list.

Giving the city a score of 77.36 out of 100, Technobark praised Vancouer's dog-friendly parks and beaches. It also gave high marks for health services, activities, dog-friendly restaurants and climate.

"It was hard to rank Canadian cities in this rating due to the harsh Canadian climate," the site said.

It's a claim most Canadians would disagree with, but it does explain why those behind the ranking thought they should rule out cities other than Vancouver.

On the local climate, Technobark summarized, "The weather is rainy for the most part of the year."

However, climate critiques aside, the website highlighted Vancouver's array of off-leash and on-leash areas.

Of the 300 cities researched by the website, Portland, Ore. got top marks over all.

Scoring it 83.38, Technobark's Mark Braeden touted Portland's walkability for both pups and their human pals.

He wrote that Portland has more dog parks per capita than any other major city in the U.S., and that most of its beaches allow animals to tag along.

The full ranking is as follows: