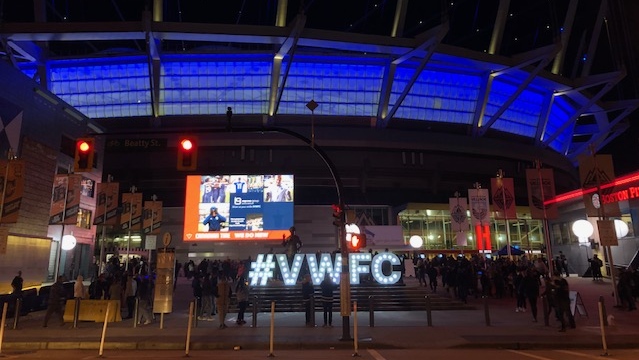 VANCOUVER -- A former Vancouver Whitecaps player has pleaded not guilty to one count of sexual assault following an alleged offence in the Vancouver area in May 2018.

British Columbia's prosecution service says the charge against Anthony Miguel Blondell was sworn last October and the not guilty plea entered in January.

The 25-year-old striker joined the Whitecaps in November 2017 from the Primera Division in his native Venezuela.

Whitecaps spokesman Tom Plasteras said Blondell told the team he had been detained by police and questioned about the alleged assault in May 2018.

Blondell played the remainder of the season with the Whitecaps before being loaned to Chilean Primera Division side Huachipato FC in January 2019.

Plasteras said the Chilean team purchased Blondell in October 2019 and Major League Soccer, which was his employer, suspended him indefinitely following the charge.

The prosecution service said Blondell elected to be tried by a provincial court judge and five days have been allocated for a trial in January 2021.

The service said there is a publication ban on information that would identify the complainant in the case.

Neither his current team, nor MLS responded to requests for comment.

This report by The Canadian Press was first published April 14, 2020.