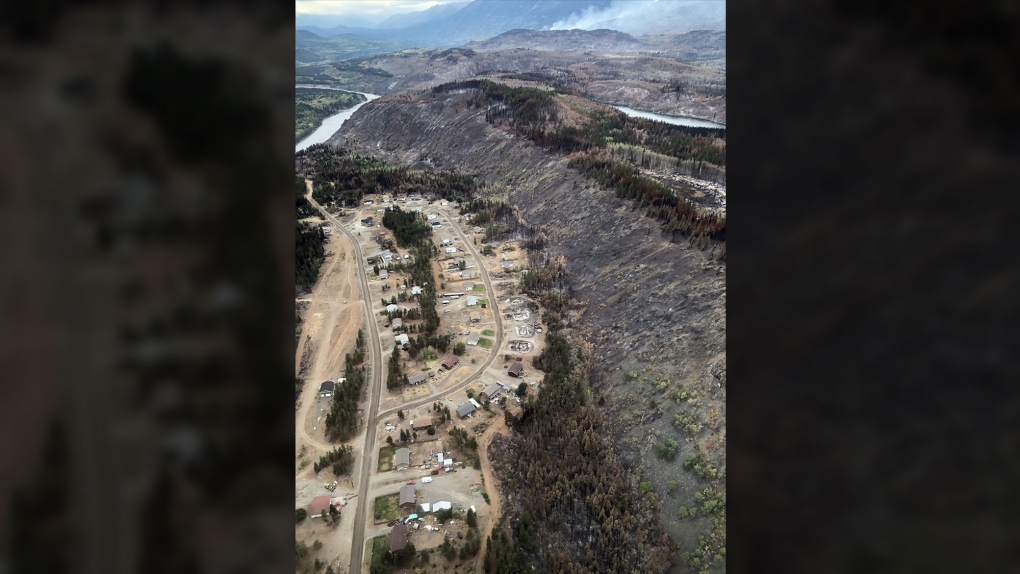 Damage from a wildfire that ripped through Tahltan Nation territory in Telegraph Creek, B.C., is seen in an undated handout photo. (THE CANADIAN PRESS/HO-Chief Rick McLean)

TELEGRAPH CREEK, B.C. - Members of a tiny First Nation in northwest British Columbia remain scattered across the province in hotels and relatives' homes after fleeing destructive wildfires this summer.

Tahltan First Nation Chief Rick McLean says it will take months to clean up the damage from the flames that ripped through Telegraph Creek and ensure it is safe for people to return.

And now that winter is approaching, he says rebuilding the 21 homes that were destroyed will have to wait until spring when the ground isn't frozen.

Widfires across B.C. this summer hit First Nations especially hard and sparked criticism of the federal and provincial governments for poor funding and communication with Indigenous groups.

A spokeswoman for the Forests Ministry says Premier John Horgan spoke with McLean in August and raised the chief's concerns about training and resources with Prime Minister Justin Trudeau.

Indigenous Services Canada says significant efforts were made this year to improve recovery support for B.C. First Nations affected by wildfires and it's working with the Tahltan to assess impacts and support evacuees.