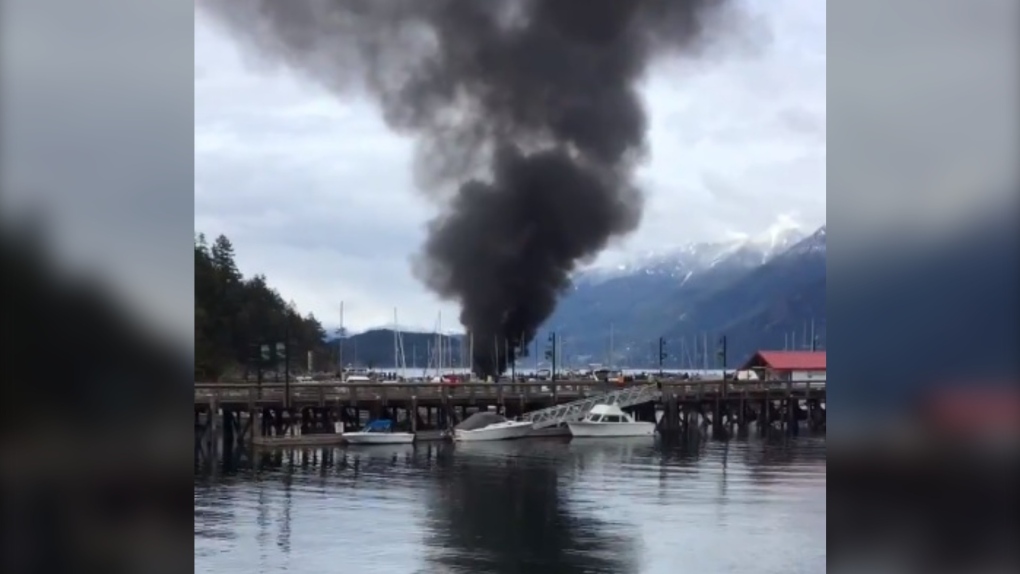 VANCOUVER -- West Vancouver firefighters and a Vancouver fire boat were called to Horseshoe Bay Saturday afternoon to put out a fire that had spread to at least two boats in a marina.

West Vancouver District Fire Assistant Chief Martin LeDuc said crews were called to the scene shortly after 4 p.m., with initial reports suggesting there were people inside one of the boats.

That turned out not to be the case, LeDuc said. No one was injured during the blaze.

"When we arrived, we found a column of black smoke and two pleasure craft boats on fire at the end of the dock," he said. "It was quite a long run of hose and the guys did a great job of responding down the dock and laying a great deal of hose."

Assistant Chief Trevor Connelly of Vancouver Fire Rescue Service told CTV News Vancouver one of the department's fire boats had been dispatched to help put out the blaze.

He also praised the work of the West Vancouver crews, saying they did an "amazing job" getting their hoses to a difficult location.

The fire boat arrived at the scene around 4:45 p.m., Connelly said, and LeDuc added that the boat made a big difference in putting out the fire.

"They can supply a lot of water," LeDuc said. "So, we would have eventually been able to get it out, but it goes out a lot faster with a fire boat on scene."

Ultimately, two boats were "consumed" by the fire and a third was damaged by the flames, LeDuc said. 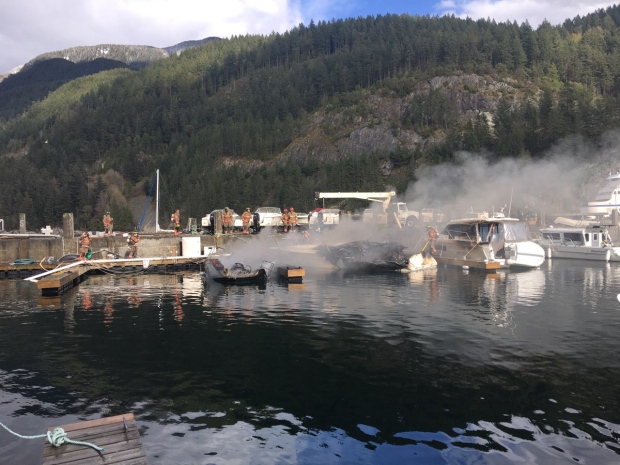 A Sewell's Marina employee who answered the phone confirmed the fire was at one of the marina's docks, but said she was working from home and unable to provide any additional information.

A witness told CTV News he was driving home on the Sea to Sky Highway when he saw "a giant plume of smoke" coming from the marina.

The cause of the fire is still under investigation, LeDuc said.