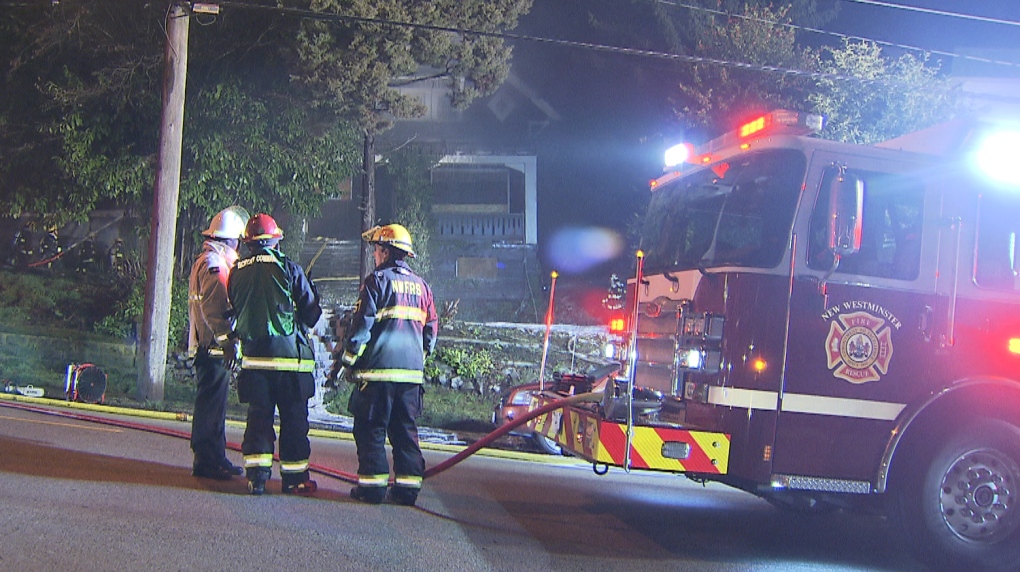 Fire crews put out a late night fire at an abandoned New Westminster home on Jan. 19, 2020.

The fire broke out at around 11:30 p.m., prompting the temporary closure of 12th Street between 5th Avenue and Kamloops Street.

"This building has been abandoned for some time," Bremner said. "There was some evidence of people living in the building."

Fire crews were focusing their attention to the second floor where most of the fire was.

"It's an old house, apparently there's lots of material in the house, and the windows have been boarded up so it makes it pretty challenging to get water into the location where we need to get it," Bremner said.

According to Bremner, the home has been vacant and boarded up for at least three years, but Bremner said evidence showed people had been getting inside.

"The property will be secured by the police department, they have reasons to suspect that it's a crime scene, or at least a potential crime scene, so they’ll secure it," said Bremner.

The fire has been knocked down with significant damage, and Bremner commended the crew for getting water on the fire quickly.

An abandoned home was engulfed in flames in New Westminster on 12th st near Cameron st Sunday night. @NewWestFF knocked down the fire quickly. Details on @CTVVancouver pic.twitter.com/1Jd3WbXpkm