Family pet may lose its leg after being caught in trap 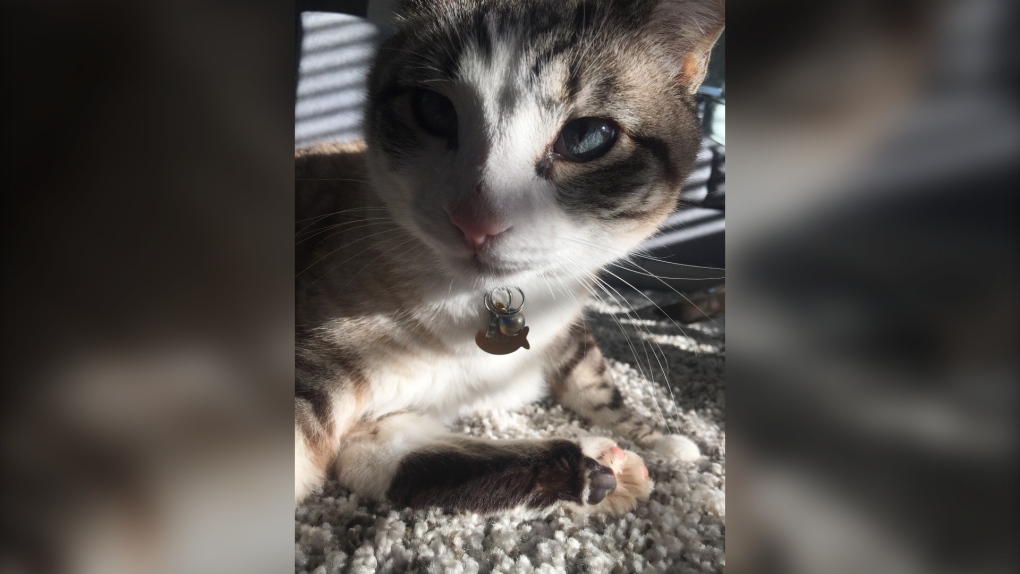 Blu, a three-year-old cat from Ladner, was injured after getting caught in a trap. (Association for the Protection of Fur-Bearing Animals)

An animal advocacy group says a Ladner cat may lose its leg after spending two days in a trap.

Blu, a three-year-old cat, came home suffering from injuries to his hind leg – with the vet who treated him believing it was a result of a foot-hold or body-gripping trap.

"I’ve had pets my whole life and never experienced anything like this," says Josie Moubert, Blu's owner.

Moubert says the level of rotten and dead flesh on the cat's leg led its veterinarian to believe the family pet was in the trap for at least two days.

"Everyone I’ve spoken to about what happened to Blu is disgusted by it," said Moubert. "Our family still doesn’t know if he’ll make it."

It is currently illegal to set a trap within 200 metres of a dwelling, but the Association for the Protection of Fur-Bearing Animals is calling for municipalities to intervene and enact stronger trapping bylaws.

"Municipalities in British Columbia cannot rely on the province to appropriately manage all wildlife-related issues, as can be evidenced by several enacting or asking to enact similar trap bans," said Michael Howie, a spokesperson for the group.

"It’s time to acknowledge that provincial laws have not done the job of protecting people and pets from traps, and that communities are speaking out against their use."

The group is offering a $1,000 reward for information leading to the identification and conviction for those responsible for setting the trap.